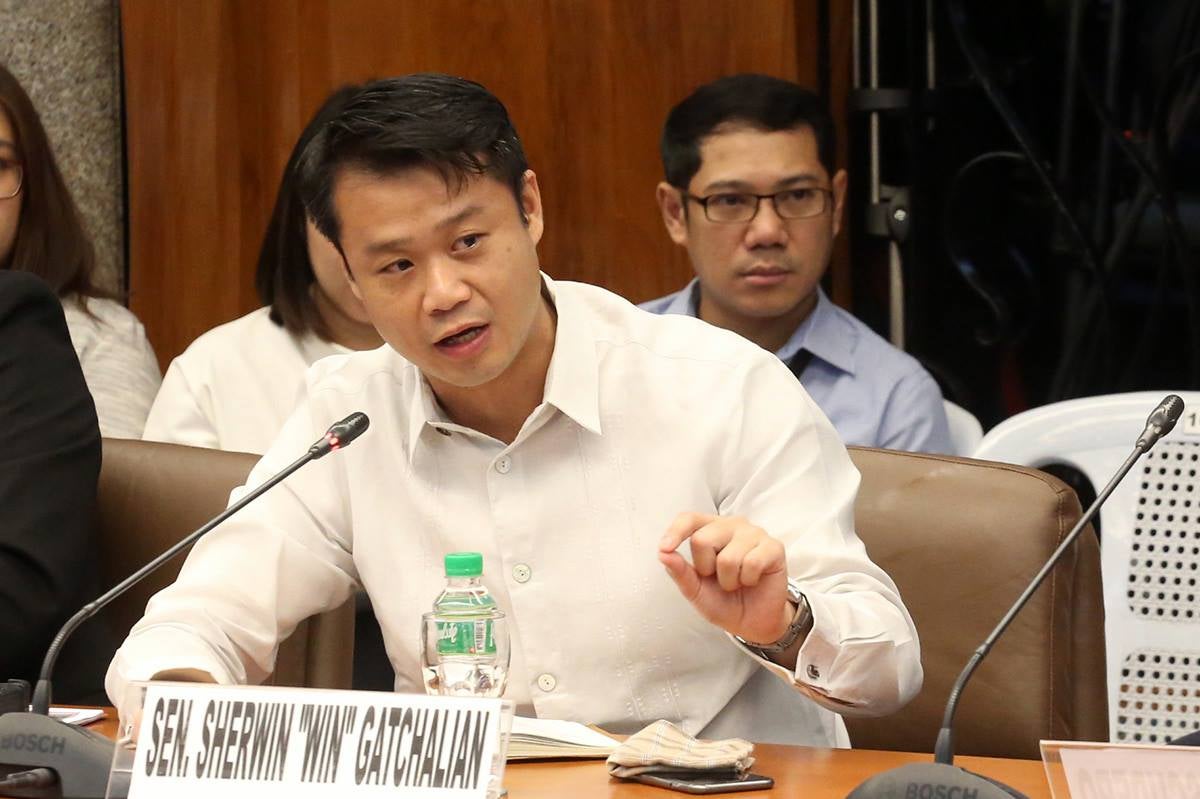 Senator Sherwin Gatchalian on Thursday urged the Department of Foreign Affairs (DFA) to immediately act on the renaming of the five sea features that are located within the Philippine Rise, which China earlier named.

“We discussed the naming of the underwater features at lumalabas na wala naman bawal para i-rename natin for our internal purposes,” Gatchalian said in an interview after the Senate economic affairs committee hearing.

(It appears that there is nothing illegal when we rename them for our internal purposes.)

“I suggested to the DFA and Namria (National Mapping and Resource Information Authority) to immediately change the name of the five features to Filipino names because it seems like inunahan tayo sa mga features na yun na nasa loob ng exclusive economic zone (EEZ) natin [they got ahead of us in naming those five features that are located inside the exclusive economic zone],” he added.

Asked if China’s naming of the five undersea features poses a threat in the territory, the senator said: “Wala naman. When it comes to sovereignty nakikitang problema na ito’y pinangalanan ng ibang bansa because it’s inside our EEZ.”
(There is none. When it comes to sovereignty, what problem we see is that another country had already put names of these places that are inside our EEZ.)

(What happened was they got ahead of us and it is better if there would be Filipino names of those five underwater features because it is located within our territory.)

According to Gatchalian the process of renaming the sea features would need a recommendation from NAMRIA and an executive order by the President.

“There are two steps, number one internal, we recommended that to the DFA. They will give us some form of timetable. Sabi namin i-recommend sa Presidente kaagad yung five underwater features pero yung sa IHO (International Hydrographic Organization) that will take time and the timetable na titignan ng NAMRIA ay this September pa. Meaning, they will file everything in September para ma-rename naman internationally itong five features ng Philippine Rise,” he said.

The panel also discussed revisions in a bill which seeks to create the Philippine Rise Development Authority (PRDA).

Under the substitute bill, the PRDA will be mandated to promote, coordinate and facilitate exploration, study and development of, as well as the conservation and protection of the natural resources within, the Philippine Rise.

The PRDA, which will be an attached agency of the Office of the President, will also oversee the approval or disapproval of all proposals, plans, programs, projects or any activity in the Philippine Rise Region.

Gatchalian said he hopes to pass the bill this year.

DFA Asec. Lourdes Yparraguirre said while a review on their marine science research (MSR) process of approval is on going, they can continue to review the pending MSR applications before the DFA.

She said there are four pending MSR applications: two from France, one from Russia and one from USA.

Currently, there are no on-going MSRs in the Philippine Rise, she added. /jpv