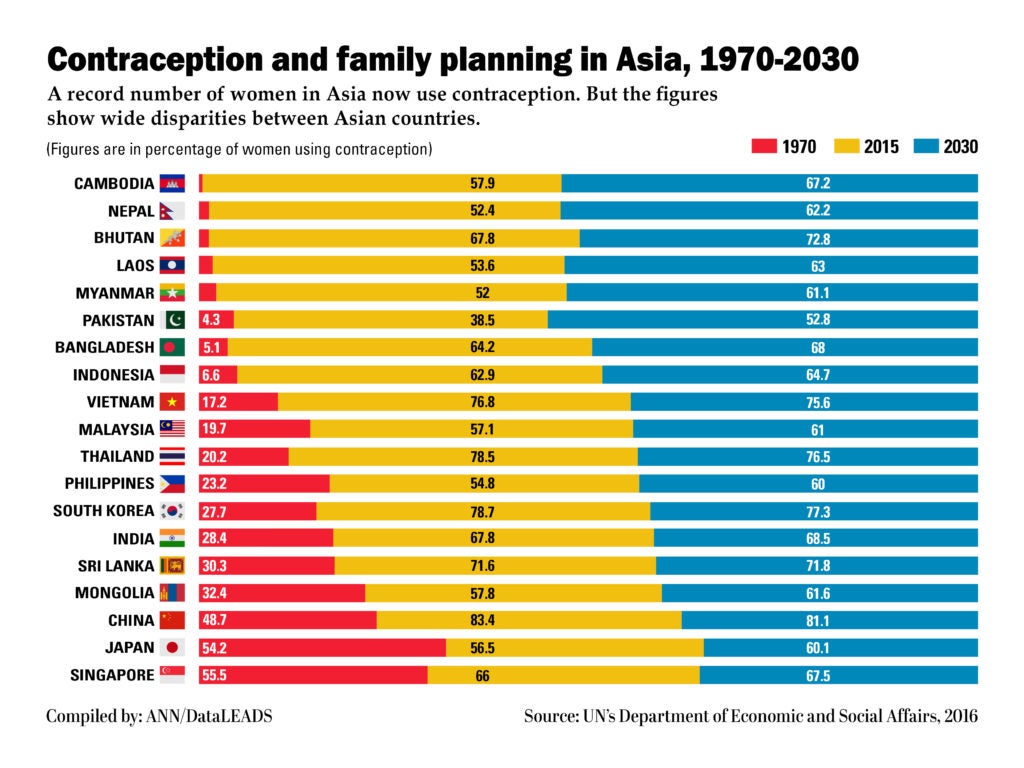 NEW DELHI — A record number of women now use contraception in Asia. Some Asian countries have made the biggest leaps in contraception use over the past 40 years. Others are projected to make the greatest gains in the next 13 years.

Worldwide 64 per cent of ‘married and cohabiting women used modern or traditional methods of contraception in 2015 – a significant rise from 36 per cent in 1970’, according to the UN’s Department of Economic and Social Affairs data. The number of women using contraceptive is expected to increase all across Asia except China and South Korea where the rate is expected to drop by almost 2 per cent and 1 per cent respectively by 2030.

Although Pakistan has seen resistance on birth control policies, the country has updated its commitment to implement family planning methods. The percentage of women who will use contraceptives by 2030 is estimated to be 52.8. Bangladesh has also seen an increase in the use of family planning methods and is expected to reach 68 per cent by 2030.

India, the first country in the world to launch a national programme for family planning has seen a surge in number of women using contraceptives to 67.8 per cent in 2015. It is estimated to rise by 1 per cent  by 2030. In the South Asian region, Sri Lanka has been ahead of its neighbours at 30.3 per cent in the 1970 to an increase of 71.6 per cent in 2015.

At 78.7 per cent in 2015, South Korea has been ahead of other Asian countries and is expected to drop to 77.3 per cent by 2030. However China, despite 2 per cent drop by 2030, will still have the highest levels of contraceptive use.

According to the UN the region can save billions of dollars if family planning is implemented properly as it would bring down unintended pregnancies and avert unsafe abortions. Contraception use also prevents new infections in women, men and adolescents and reduces maternal mortality