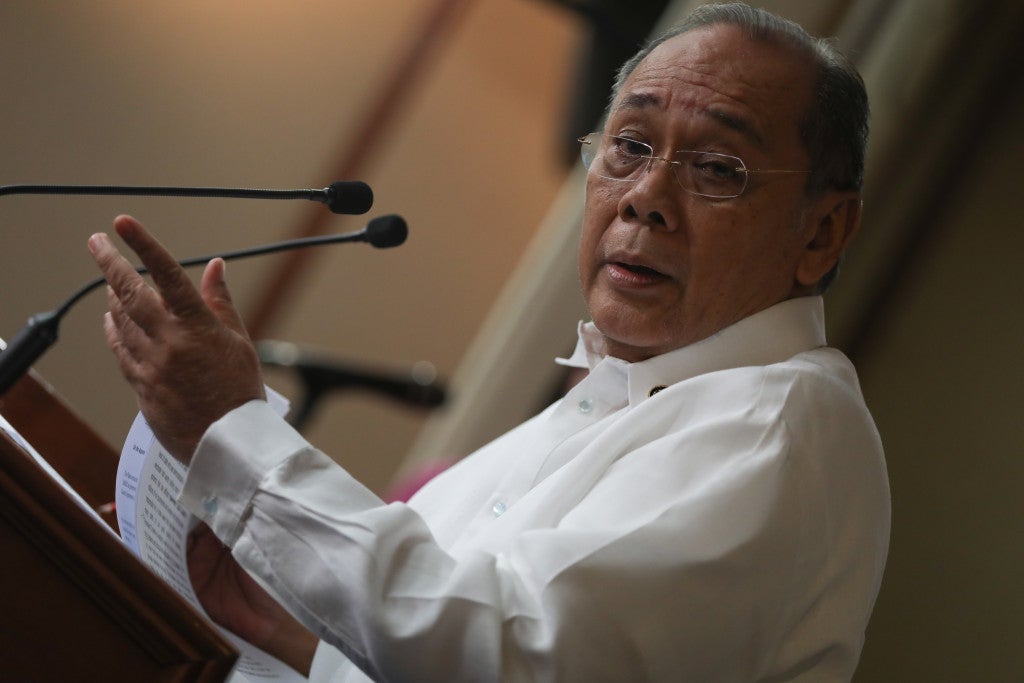 Not a “diplomatic protest” but a “bilateral dialogue.”

This is the “mechanism” the Philippines would be using in handling the issue regarding China’s naming of five undersea features in the Philippine (formerly Benham) Rise, Foreign Undersecretary Ernesto Abella said.

The issue was discussed during bilateral consultation talks last month when the Philippines also raised with China the “unauthorized” research conducted by the Institute of Oceanology of the Chinese Academy of Sciences in 2004, which led to the naming of five features in the Philippine Rise.

“The Philippine government is planning to contest the China-named features in the Philippine Rise,” Abella announced on Wednesday in a news conference, his first since his new designation as undersecretary for strategic communications three months ago.

The bilateral consultation, held on Feb. 13 in Manila, was “the first step,” Abella said when pressed whether Manila would make a diplomatic protest over China’s illegal marine research in the Philippine Rise.

“The mechanism we are using is the bilateral dialogue … that’s where the next steps are going to be developed,” he added.

The United Nations Commission on the Limits of the Contintental Shelf (UNCLCS) declared in 2012 the Philippine Rise as part of the Philippines’ continental shelf. The UN body also recognized the Philippines’ “sovereign rights” to explore and exploit the resources in the 13-million hectare underwater plateau off eastern Luzon.

Abella could not say whether China was willing to withdraw the names it had given the undersea features, but disclosed that both sides had agreed “that no further researches must be done without the permission of the Philippine side.”

The Department of Foreign Affairs (DFA) official said he also could not say whether the Philippines would contest the names before the International Hydrographic Organization-Intergovernmental Oceanographic Commission, where China had applied for the naming privilege in October 2015 and September 2017.

Carpio warned that China might eventually claim the Philippine Rise by arguing that it was the first to discover, name and explore the area.