Duterte laments being charged at ICC for his war on drugs 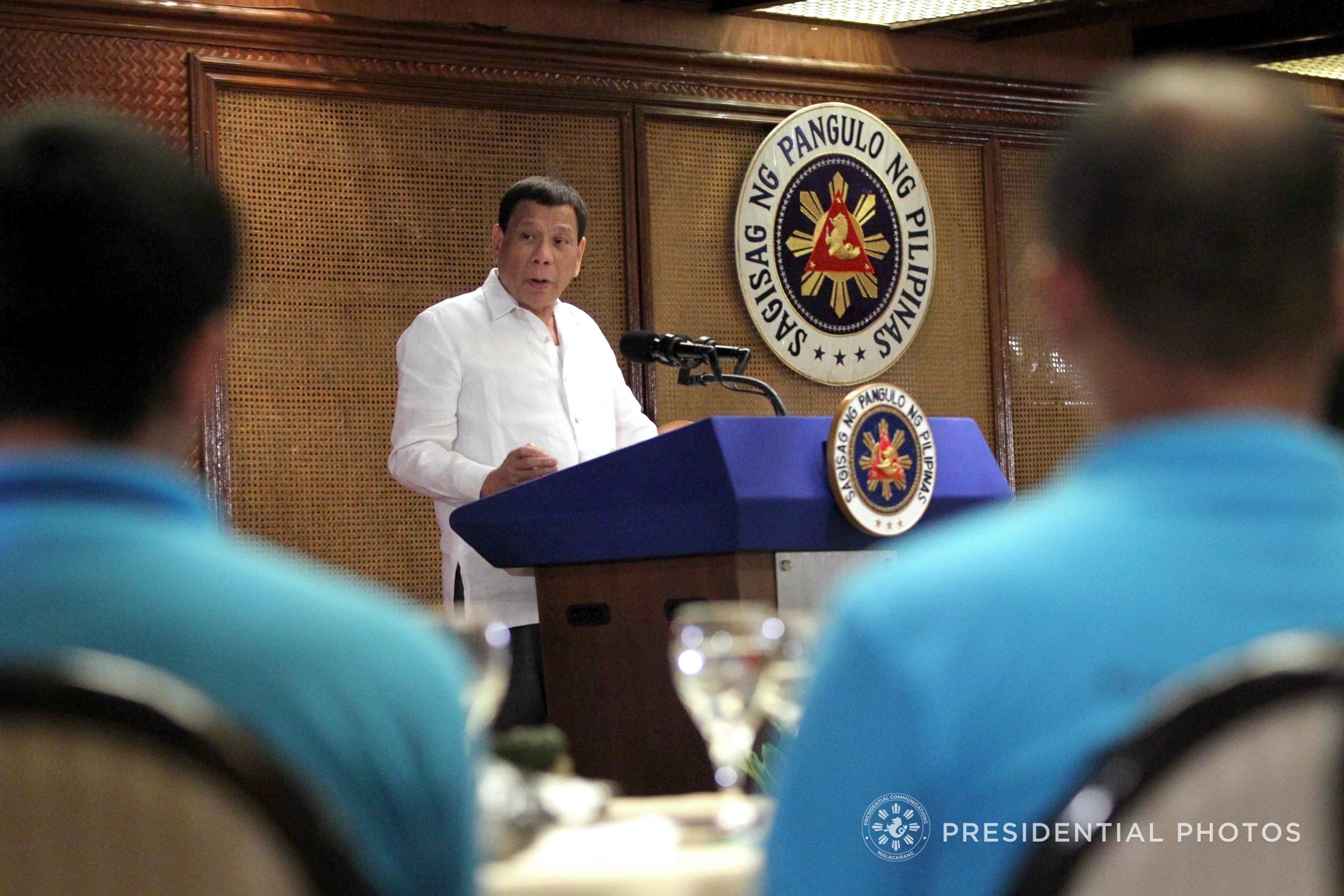 DAVAO CITY — President Rodrigo Duterte on Saturday lamented being charged at the International Criminal Court because of his determination to combat the prevalence of illegal drugs in the country.

Speaking at a mini convention attended by members of the Petron Dealers’ Association (Petda) in Mindanao, including his partner, Cielito “Honeylet” Avanceña, Duterte said his campaign against drugs was only aimed at saving the country from evils.

“Ginagawa ko kaya nagkakaso-kaso ngayon [I am doing it that’s why I have cases now],” he said.

Duterte was being investigated by the International Criminal Court following the filing of communication by lawyer Jude Sabio, who accused the President of committing crimes against humanity for his relentless war on drugs.

Critics claimed that more than 10,000 people had died since Duterte launched the massive anti-drugs campaign when he assumed power in 2016.

The Philippine National Police (PNP) said there were more than 3,000 people killed in the war on drugs, but these were suspects who put up a violent fight against law enforcers.

But Duterte hinted again that he was unperturbed by Sabio’s complaint at the ICC.

“I said I will deal with drugs because it is growing and they are destroying my country,” he added.

As in the campaign against illegal drugs, Duterte said his administration was also firm in its drive against corruption.

“I will deal with corruption. So I am fulfilling, number one, i am already doing it,” he added.

Duterte repeated his earlier pronouncement that that corruption in government must be stopped because it was pulling the country down.

He said he would continue to improve the country’s peace and order and the efforts included “talking to the enemies of the state.”

“I’m trying to maintain an equilibrium here in Mindanao between the varying forces arrayed against the government,” Duterte said, referring to communist rebels.

But even if he might talk peace with the rebels again, Duterte said it was his mandate to “preserve the nation as one” and that he was “ready to sacrifice my presidency, honor and life” if only to fulfill that mandate. /atm