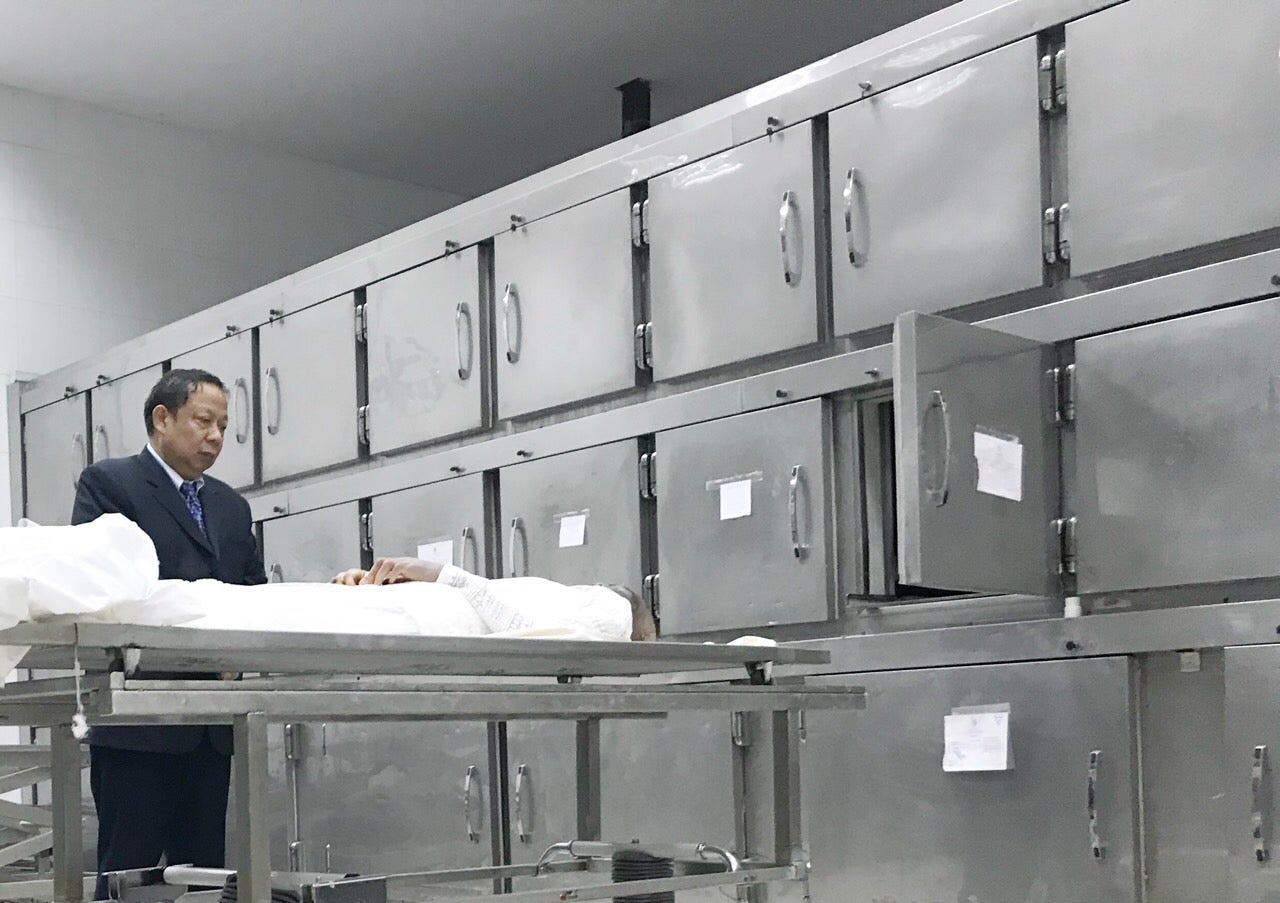 Philippine Ambassador to Kuwait Rene Villa views the remains of Joanna Demafelis at the mortuary of Al-Sabah Hospital in Kuwait. Photo released by the Department of Foreign Affairs

This after the Department of Foreign Affairs (DFA) announced that one of the primary suspects in Demafelis’ murder, Nader Essam Assaf, was already apprehended by Lebanese authorities.

Demafelis’ recruiters are being considered suspects who need to cooperate with the authorities to shed light on the death of the female worker.

“We’re thankful but hoping that they will be prosecuted and punished soonest,” presidential spokesman Harry Roque said in a text message on Saturday.

Asked if the government would hold Demafelis’ recruiters accountable for what happened to her, Roque said “Duterte asked NBI to summon them.”

Assaf, together with his wife, Mona, a Syrian national, were identified as the primary suspects in the brutal torture and murder of the 29-year-old domestic helper from Iloilo.

The arrest of Assaf was reported on the same day Duterte visited the slain Filipino worker’s wake.

“Kuwaiti authorities requested the assistance of Interpol in locating and arresting the couple who they believed fled to Lebanon or Syria shortly after the torture and murder of Demafelis,” the DFA said in a statement.

“Kuwaiti authorities conveyed the arrest of Assaf to Ambassador Renato Villa during a meeting at the Ministry of Interior on Thursday,” it added. /jpv