Palace summons US envoy to discuss intel report about Duterte 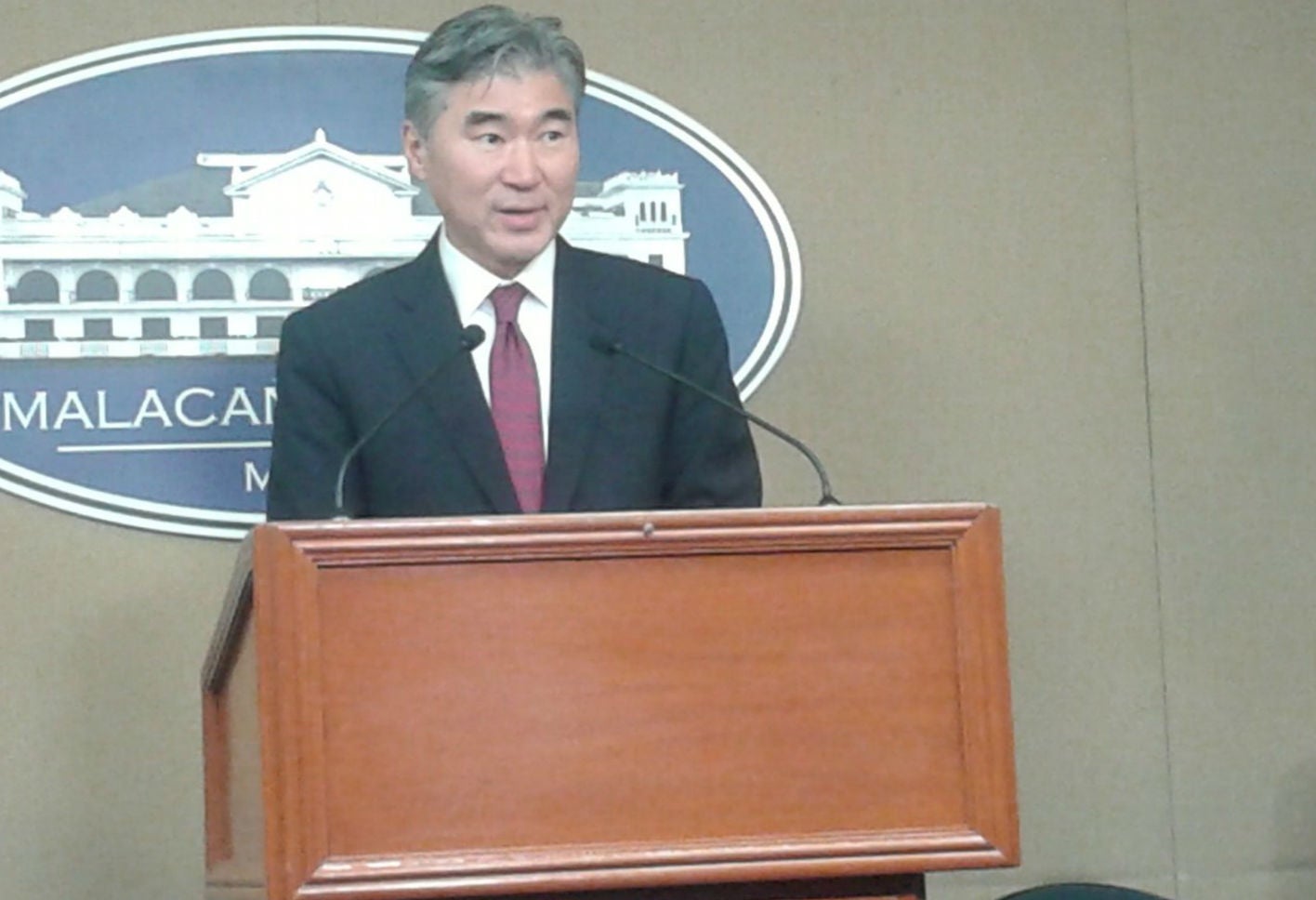 US Ambassador to the Philippines Sung Kim at a Palace briefing after his meeting with President Rodrigo Duterte in December 2016 (File photo by NESTOR CORRALES / INQUIRER.net)

Malacañang summoned on Thursday United States Ambassador to the Philippines Sung Kim following the US Intelligence Report branding President Rodrigo Duterte as “one of the threats to democracy in Southeast Asia.”

“Executive Secretary Medialdea likewise instructed the Department of Foreign Affairs, through our Philippine embassy in Washington D.C., to coordinate and engage with the US agencies involved in the writing of the assessment,” Presidential Spokesperson Harry Roque said in a statement.

Roque said Medialdea “directed our embassy officials and staff in the US to provide the latter accurate information on the realities happening on the ground in the Philippines, including the actions taken by the President and his administration to promote socioeconomic development for the country and provide a safe and secure environment for all Filipinos, respecting at all times the rule of law.”

Roque had earlier slammed as “myopic and speculative” the remarks of US Intelligence Community tagging Duterte as a threat to democracy and human rights. /jpv