The Department of Labor and Employment (DOLE) is studying the possibility of narrowing the deployment ban in Kuwait to household service workers (HSWs) only.

Labor Secretary Silvestre Bello III said he “sees some wisdom” in the suggestion to bar only HSWs, but this would still be studied by the agency.

(We will study it; that suggestion is good because there are many cases where household service workers are victims of maltreatment and sometimes deaths.)

The labor secretary stressed that in Kuwait alone, 80 percent of Filipino workers are HSWs.

Two weeks ago, Filipina worker Joanna Demafelis’ body was found inside a freezer in the abandoned apartment of her Lebanese employers in Kuwait.

Her death prompted President Rodrigo Duterte to impose a total deployment ban of OFWs in the country. 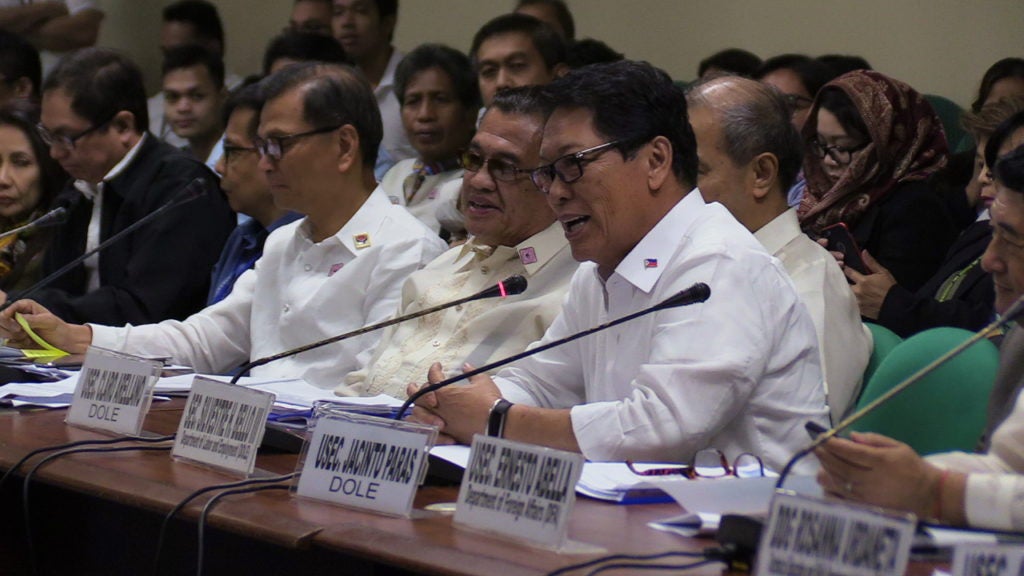 Bello said they would also study the imposition of additional deployment bans in other countries.

“It’s possible but if it’s probable, that is another issue,” he said.

Senator Joel Villanueva, chair of the Senate committee on labor, employment and human resources development, said he is also open to the suggested ban of HSWs, whom he described as “very vulnerable.”

(Well, we’ll look into that issue and we will work with DOLE for them to make a necessary recommendation because the household service workers are very vulnerable.)

(Secretary Mama-o also mentioned that household service workers enter into what they call a kafala system or something like modern day slavery. Their cellphones and passports are confiscated. In the kafala system of sponsorship system, if they leave without permission, they may face criminal liability. This is an important issue that the government must pay attention to.) /je