Make PH a province of China, Duterte jokes in front of Chinese envoy 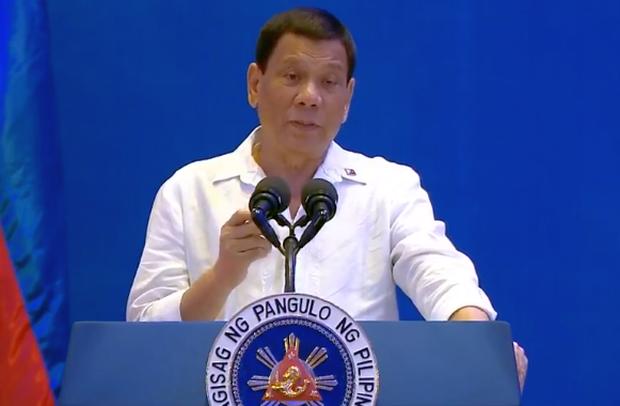 President Rodrigo Duterte on Monday joked that China could make the Philippines its province.

His remarks drew applause from the audience of Chinese-Filipino businessmen – whose guests included Chinese Ambassador to the Philippines Zhao Jianhua.

It was a joint event – the 10th Biennial National Convention and 20th Founding Anniversary Celebration of the Chinese Filipino Business Club, Inc. (CFBCI).

Duterte said that Chinese President Xi jinping promised him that China would not build any structures on the contested Scarborough Shoal.

Duterte also mentioned that negotiations for a joint exploration between the Philippines and China in the disputed South China Sea were underway.

The hotly contested South China Sea is believed to be rich in mineral and oil deposits. /atm