PH giving China ‘too much, too early, too soon’, says UP prof 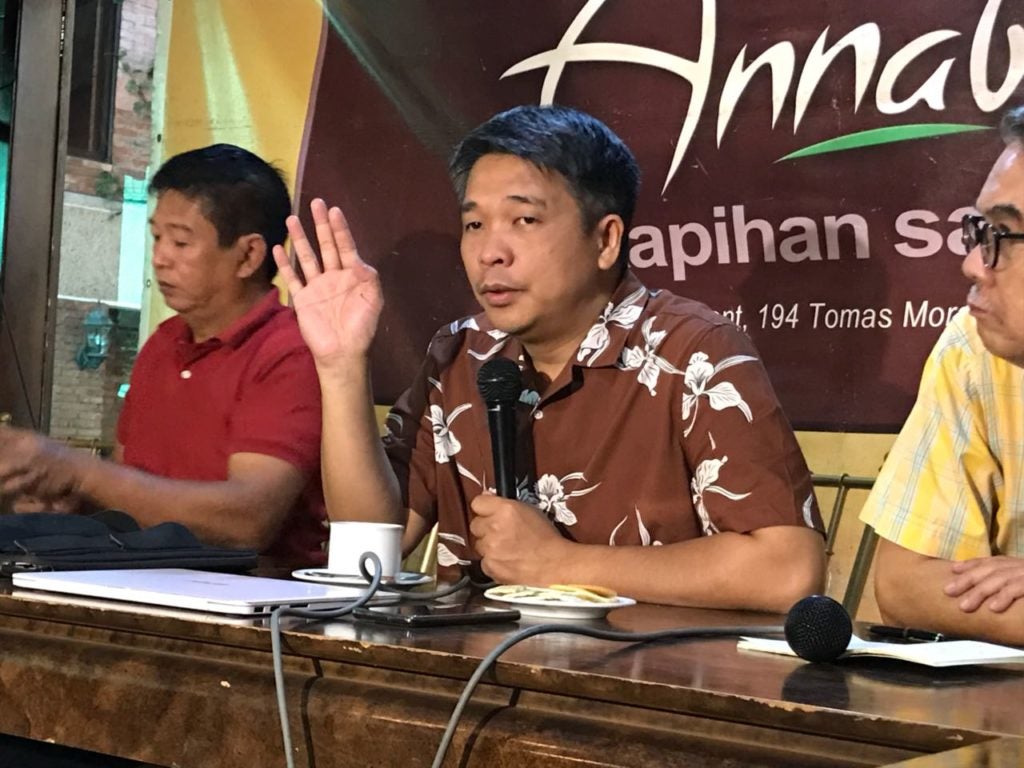 Lawyer Jay Batongbacal, director of the University of the Philippines Institute of Maritime Affairs and Law of the Sea. INQUIRER.net / Julius Leonen

The Philippines has given “too much, too early and too soon” in seeking rapprochement with China and may end up with the short end of the stick, a maritime law expert warned on Saturday.

“We are trading away too much, too early and too soon in dealing with China,” said Jay Batongbacal, director of the University of the Philippines Institute for Maritime Affairs and Law of the Sea.

“Even though we have had promises of billions of dollars worth of projects, it has been more than a year [and] we have not seen one project break ground,” said Batongbacal, one of the experts who helped the government win its claim to Philippine (Benham) Rise.

Although the country won its case before the UN-backed Permanent Court of Arbitration in 2013 over its claim to the West Philippine Sea, the Duterte administration chose to adopt a policy of appeasement with China.

As chair of the Association of Southeast Asian Nations (Asean) last year, the Duterte administration refused to bring up the ruling that effectively invalidated China’s sweeping territorial claim in the South China Sea.

“We have allowed them to fish in the West Philippine Sea without any interference and we are no longer making an issue on [the presence] of their military or Coast Guard there,” he said.

Photos released by the Inquirer earlier this month revealed the massive transformation of the seven reefs claimed by the Philippines in the Spratly archipelago into island fortresses.

“China is gaining too much from our softness on these issues,” Batongbacal said.

Foreign Secretary Alan Peter Cayetano argued that Beijing assured the Philippines during a bilateral meeting on Feb. 13 that it would refrain from further activities on uninhabited areas in the contested waterway.

But Batongbacal said this commitment did not offer much comfort. “For me, it is not good enough because they have reclaimed so much already and right now, they are building vertically,” he said.

“They are building underground and above ground and the facilities they are building are admittedly military in nature, despite the statement of President Xi Jinping two years ago that they will not militarize the area,” Batongbacal added.

Despite the disputes, President Duterte has chosen to maintain a closer relationship with China.

“It is correct to try to make good relations but it should not come at the cost of our long-term interests. I am worried that our interests are not being adequately protected with our extremely soft and overfriendly image with China,” Batongbacal said.

“We should be negotiating with them with the attitude that we are equals, not that we are weak and cannot do anything,” he added.