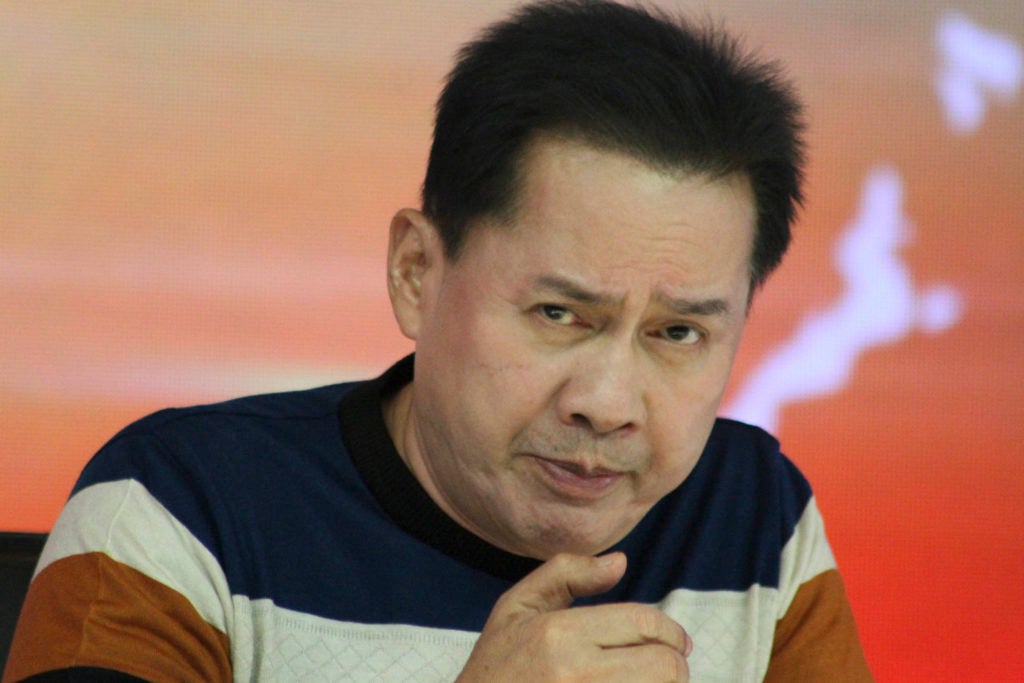 HONOLULU—Customs and border enforcement agents boarded a private plane carrying Filipino evangelist Apollo Quiboloy on Tuesday and found $350,000 in cash and gun parts that could be assembled into  military-style rifles.

Quiboloy, a close friend and supporter of President Duterte and head of the Philippine “mega church” Kingdom of Jesus Christ (KJC), was detained for a day and later left on a commercial flight for the Philippines. He was reportedly in Hawaii for a concert.

Six other people were with Quiboloy on a Cessna Citation Sovereign bound for the Philippines, but only one person was arrested.

Felina Salinas, 47, of Makakilo, Hawaii, was the only US citizen on the plane and the only one arrested after she claimed that the suitcase with cash was hers.

The money, in $100 bills, was neatly stuffed in socks in a suitcase, according to HawaiiNewsNow.com.

Salinas was charged with attempted bulk cash smuggling. She was released on $25,000 bond. Her next court appearance is set for Feb. 27.

The Feds are in the process of seizing the private plane, worth at least $15 million, which is still in Honolulu.

The Kingdom of Jesus Christ claims to have 6 million followers worldwide. It has a small storefront in Waipahu, which Salinas manages, according to HawaiiNewsNow.com.

In Davao City, KJC sources, who did not want to be identified for lack of authority to speak, said on Thursday that Quiboloy was still in Manila because he had a scheduled concert in nearby Antipolo City on Sunday.

KJC executive secretary Eleanor Cardona, the only Quiboloy aide authorized to speak on behalf of the pastor, was also in Manila and no one could officially answer queries, the sources added.

A check with the KJC website showed that Quiboloy had scheduled a “thanksgiving and worship presentation” at Ynares Center in Antipolo for Feb. 18, at Camp John Hay in Baguio for Feb. 25, and in Cebu for March 4.

He was scheduled to make a public appearance in Davao City on March 11 at KJC Open Field near the Davao International Airport. —WITH A REPORT FROM ALLAN NAWAL