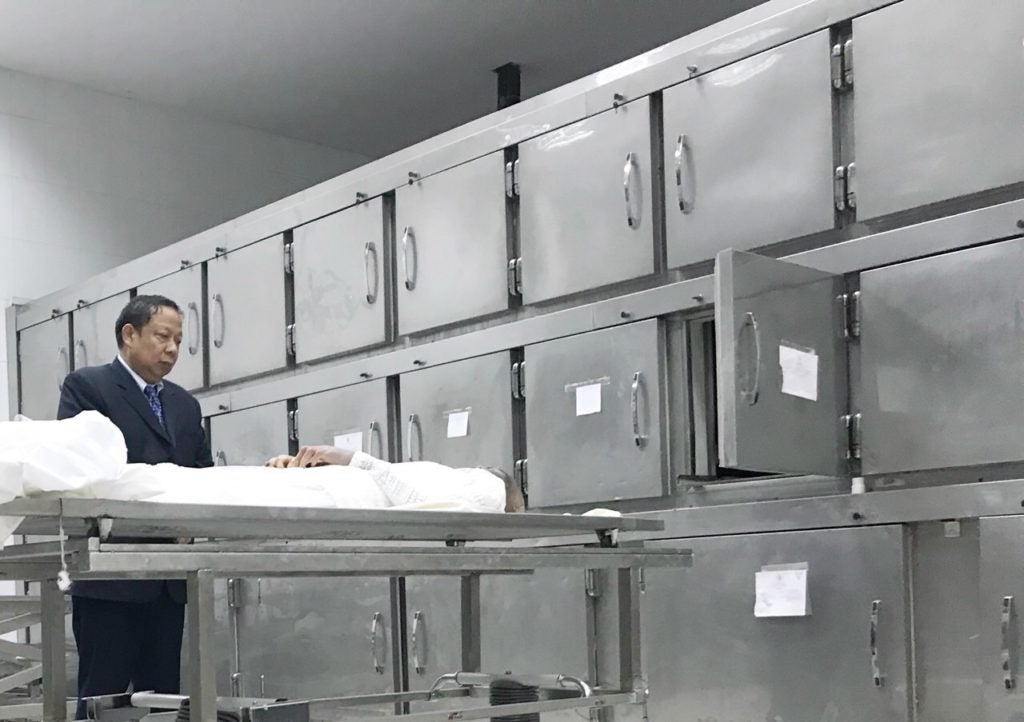 Philippine Ambassador to Kuwait Rene Villa views the remains of Joanna Demafelis at the mortuary of Al-Sabah Hospital in Kuwait. DEPARTMENT OF FOREIGN AFFAIRS PHOTO

The remains of the Filipina domestic worker who was murdered and stuffed in a freezer in Kuwait will arrive in Manila on Friday, February 15, the Department of Foreign Affairs (DFA) said.

As part of the preparations for repatriation, Philippine Ambassador to Kuwait Rene Villa went to Al-Sabah Hospital on Wednesday to view the remains of Demafelis.

Villa said that authorities in Kuwait were “shocked and angered” by the murder of Demafelis and vowed to bring the perpetuators to justice.

The ambassador said Kuwaiti authorities were doing their best to locate and arrest the Lebanese employer and his Syrian wife.

The discovery of the body of Demafelis in a freezer prompted President Rodrigo Duterte to ban the deployment of migrant workers to Kuwait.

However, Duterte’s criticisms of Kuwait’s handling of abused Filipino migrant workers did not sit well with its government.

On Wednesday, Kuwait’s foreign minister Sheikh Sabah al-Khalid al-Sabah condemned Duterte’s statements and suggested that the President could damage the ties between the two countries.

“This escalation will not serve the interests of either Kuwait or the Philippines. The only solution is to cooperate and collaborate on the details of the very sad and unfortunate events that happened,” he said.

Some 300 workers have since come home as the government prepares for the repatriation of thousands more. /cbb