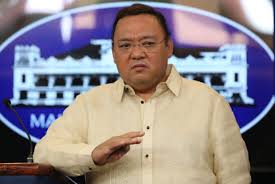 “We object and do not recognize the Chinese names given to some undersea features in the Philippine Rise,” Presidential Spokesperson Harry Roque said in a statement.

Roque said that the Philippine embassy in Beijing already raised the concern with China. He added that the government was also considering to officially notify the Chair of the International Hydrographic Organization – Intergovernmental Oceanographic Commission General Bathymetric Chart of the Oceans (IHO-IOC GEBCO) Sub-Committee on Undersea Feature Names (SCUFN).

The Philippines, Roque said, is not a member of the SCUFN, which is composed of 12 members. China’s proposals to rename some undersea features in the Philippine were submitted to SCUFN during its meetings in Brazil on Oct 12-16, 2015 & Sept 19-23, 2017.

Maritime law expert Jay Batongbacal,director of the University of the Philippines Institute for Maritime Affairs and Law of the Sea, said that the IHO approved the names proposed by China last year.

Batongbacal said three of the features were reported to have been‘discovered’ during a 2004 survey by the Li Shiguang Hao of the China Navy Hydrographic Office, which submitted the names for consideration by the IHO in 2014.

The Philippines laid claim to the Benham area in 2008 and the United Nations approved it in 2012.

He said the features “successfully” named by China were Jinghao and Tianbao Seamounts located some 70 nautical miles east of Cagayan.

Others also include the Haidonquing Seamount located east at 190 nautical miles and the Cuiqiao Hill and Jujiu Seamount that form the central peaks of the Philippine Rise undersea geological province, Batongbacal said.