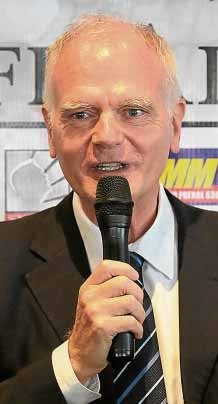 A week before the European Parliament reviews the Philippines’ trade perks, President Rodrigo Duterte on Monday scored the European Union (EU) for imposing “white, crazy values” on Filipinos, telling the EU it can “go to hell.”

“These whites, they’re crazy,” Mr. Duterte said in a speech in Cebu City. “The problem here, this Europe now and these Americans, they want to impose their values on our race,” he said.

“Europe wanted to give financial assistance with a condition,” the President added. “I said, ‘You go to hell, I don’t need your money,’” he said.

“Do not talk to me about values and anything,” he added.

The Philippines last month rejected a P382.8 million project on trade assistance from the EU, a union of 27 member-states. The European Parliament is a directly elected institution of the EU.

European lawmakers were set to discuss the merits of EU’s preferential trade arrangement with the Philippines on Feb. 20.

EU Ambassador to the Philippines Franz Jessen said the European Parliament would discuss the latest report on the country’s commitments under the Generalized System of Preference Plus (GSP+).

The GSP+ is a perk that allows the Philippines to export more than 6,000 products to EU at zero tariff for the past three years.

The European Commission earlier released its second monitoring report on the Philippines’ international commitments under the GSP+.