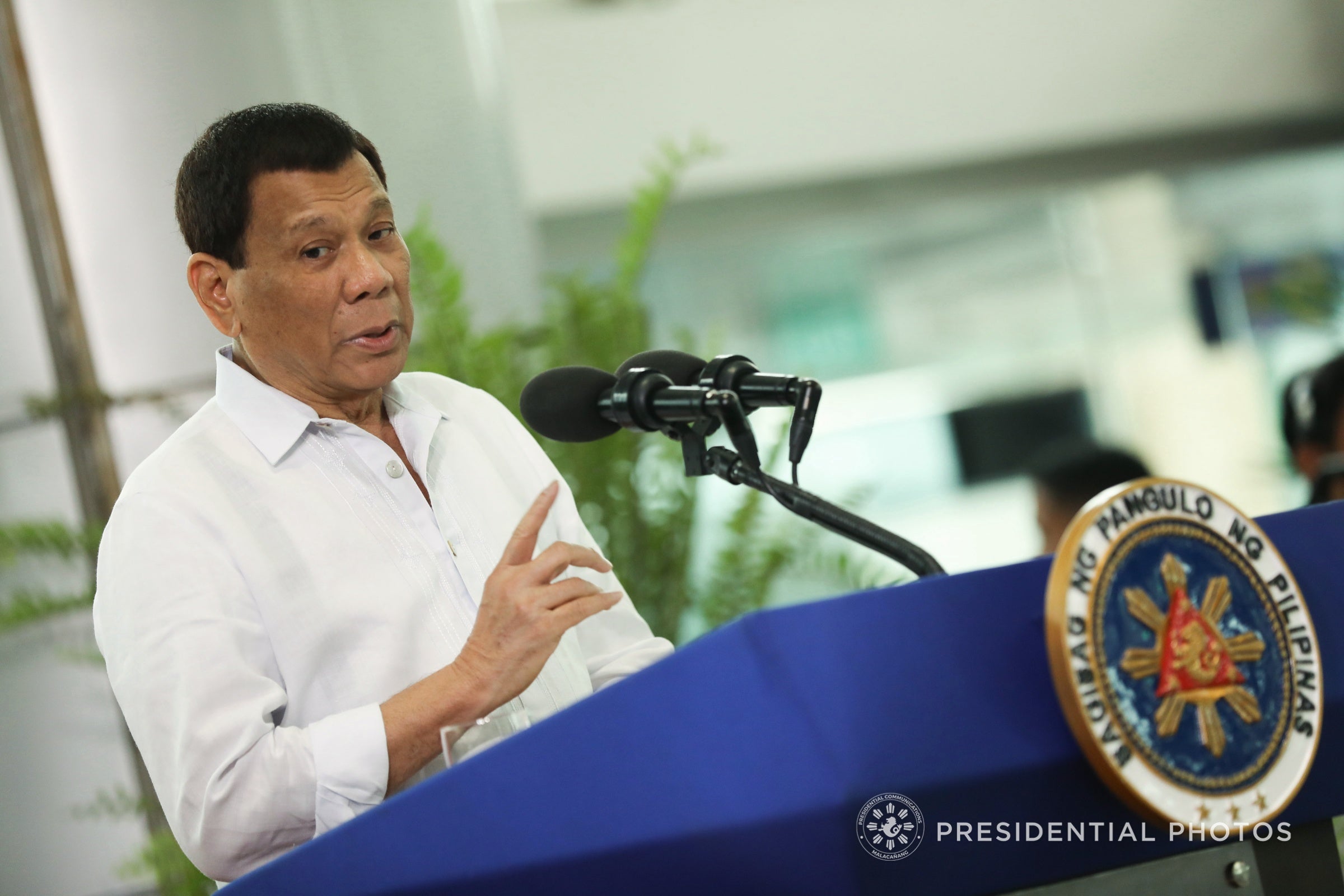 President Rodrigo Duterte on Friday ordered the cancellation of a $233-million helicopter deal with Canada following reports that Ottawa was reviewing the deal.

“I want to tell the Armed Forces to cut the deal. Huwag na ituloy [do not continue] and somehow we will look for another supplier. We respect the stand of Canada,” Duterte said in a news conference in Davao City.

Canada has raised concerns that the 16 Bell helicopters bought from Canada would be used as attack helicopter.

The Department of National Defense (DND) has said that he deal was signed with trade promotion outfit Canadian Commercial Corp last December. /jpv

Read Next
Duterte orders AFP to guard PH Rise
EDITORS' PICK
Every Filipino home can now be a smart home with realme TechLife
New 3,045 COVID-19 cases push PH total active cases to 40,074
Nestlé Philippines’ ‘NESCAFÉ Plan’ bags Grand Anvil at PRSP 56th Anvil Awards
How to lose a PH genius: Wesley So officially a US citizen
Smart reinforces superiority with best speed and mobile video experience in PH
LTO’s P500-M deal for screws draws scrutiny
MOST READ
Kris Aquino dispels rumors on son Josh getting married, thanks Ogie Diaz for defending him
LTO’s P500-M deal for screws draws scrutiny
US lays out list of aid to ‘satisfy’ Duterte following VFA payment demand
How to lose a Filipino genius: Wesley So officially a US citizen
Don't miss out on the latest news and information.