Duterte to ICC: Why pick on me? | Global News
Close
menu
search

Duterte to ICC: Why pick on me? 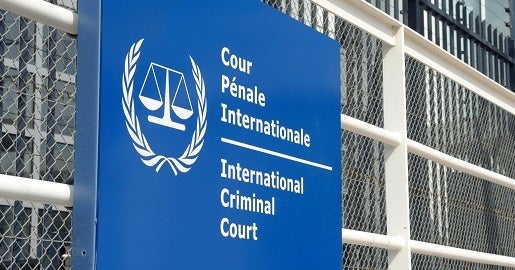 The International criminal court in The Hague

President Rodrigo Duterte on Friday night said International Criminal Court Prosecutor Fatous Bensouda should explain why she decided to conduct a preliminary examination on the administration’s drug war when there were other “massacres” happening in Asia.

“There are many massacres there now in all parts Asia and yet you people want to go after me. You better clear that up because I will withdraw from the ICC,” the President said in a speech in Davao.

He also said that he knew days beforehand that Bensouda was going to conduct a preliminary examination on the allegations against him.

The President also said that the ICC treaty provisions that dealt with extra-judicial killings were not published in the Philippines, as required by law, and so they cannot be implemented.

“There is no f… provision of extrajudicial killing. It is not found anywhere. How can you accuse me when the law says the treaty we enter into forms part of the laws of the land,” he said.

“(But) before (becoming a) penal statute, you have to publish it. Was there any publication? None,” he added.

Mr. Duterte said if the ICC found him guilty, he did not want imprisonment as punishment. The President said he preferred a firing squad.

“I hope you come and I hope we can be together in a room I would ask for that rare privilege of talking to you,” Mr. Duterte said.

“I welcome you and, if you want to find me guilty, go ahead, so be it. Find a country where they kill people with a firing squad. I am ready,” he said.

“If you hail me to rigmarole into trial and trial with no need, go ahead and proceed in your investigation. Find me guilty? Of course, you can do that,” he added.