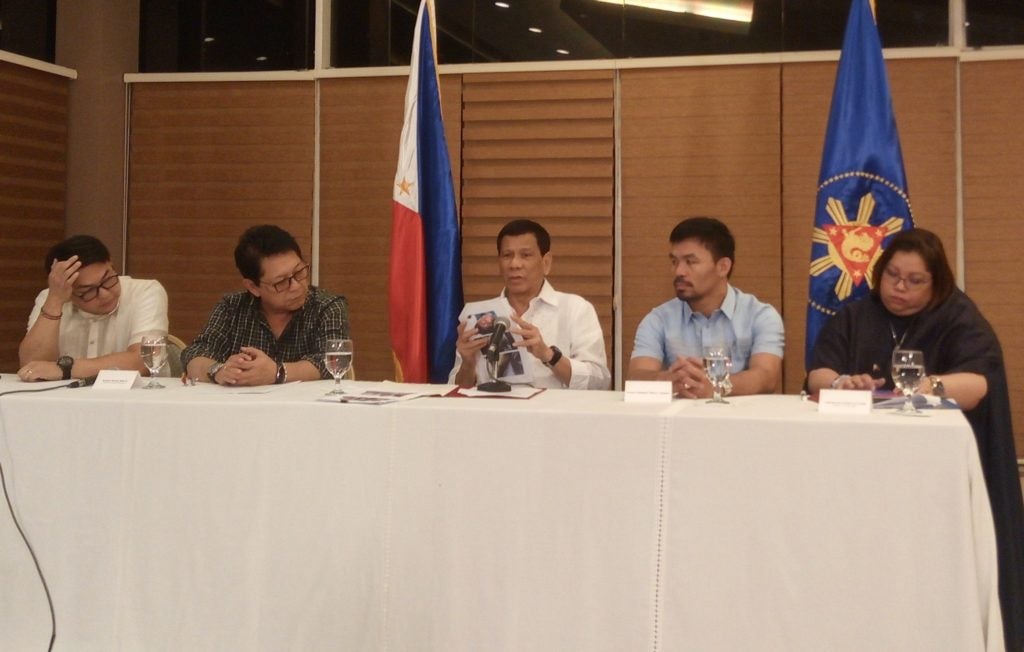 President duterte turns emotional as he showed picture of OFW Joanna Demafeliz, who was killed in Kuwait -Allan Nawal

Overseas Filipino workers (OFWs) in Kuwait who wish to come home amid the reported abuses of Filipino workers in the Gulf state could go home at no cost, President Rodrigo Duterte said on Friday.

“So everyone who wants to come home, I said to Secretary Bello, those who want to be repatriated, with or without money, I will ask PAL and Cebu Pacific to provide the transportation,” Duterte said in a press briefing in Davao City.

He said the government would facilitate the repatriation of OFWs who already wanted to go back to the Philippines.

“I want them out of the country, those who want to go out in 72 hours,” he said.

“We will count our lives by the hours because apparently, every hour, there is a suffering and agony, brutality committed by Filipinos,” he added.

The President pleaded to the Kuwaiti government to keep Filipinos “free from harm” amid reports that the body of a Filipino woman was found inside a freezer in Kuwait City on Wednesday.

He deplored the “inhuman treatment” against OFWs in Middle East.

“We do not seek special treatment or privileges for our workers but we do expect respect for their dignity and basic human rights. Keep them free from harm. I implore you. Nakikiusap ako sa lahat ng Arabo (I am pleading to all the Arabs), the Filipino is no slave to anyone, anywhere and everywhere,” he said.

ADVERTISEMENT
Read Next
Duterte to Kuwaiti gov’t: Protect our OFWs or deployment ban continues
EDITORS' PICK
Quarantine violations still punishable despite deleted provisions in ‘Bayanihan 2’ – Bato dela Rosa
‘Puno na lahat:’ Metro workers brave lack of public transport, rains on Day 1 of GCQ
Leveling up your ‘lutong bahay’ with the kitchen companion you never knew you needed
Someone from the Philippines can become $356 Million richer this Tuesday
BFP raises general alarm over Mandaluyong fire
Cherry Mobile teams up with Cloud Panda PH, launches online store
MOST READ
‘If I had not been SolGen, I will make you eat your words,’ Calida tells Coco Martin
51 percent of German firms holding back investments in PH, but not because of COVID-19
5 car dealership outlets shutting down
BFP raises general alarm over Mandaluyong fire
Don't miss out on the latest news and information.