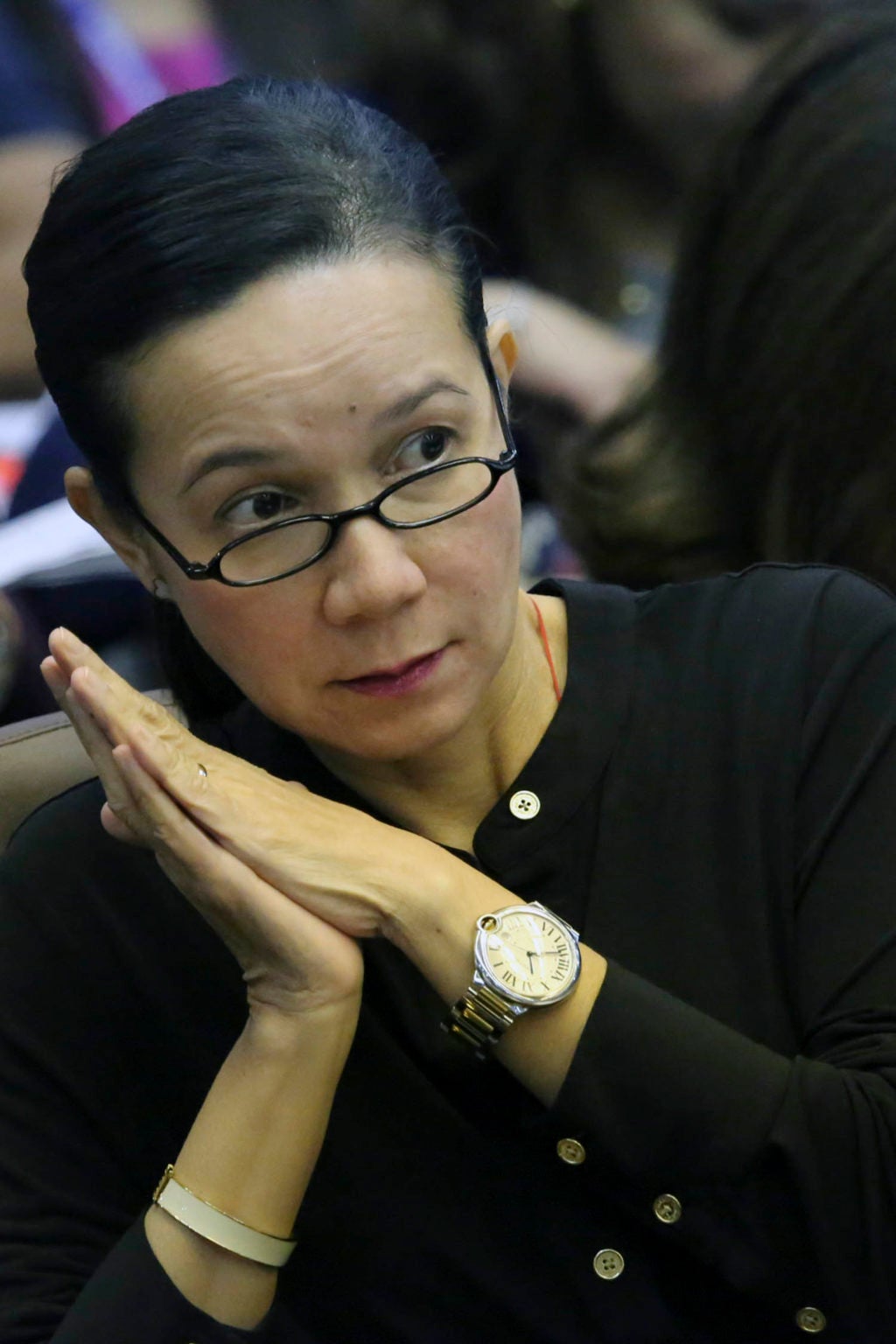 Sen. Grace Poe on Thursday described as “wishful thinking” presidential spokesperson Harry Roque’s statement that China would someday return the islands it had grabbed from the Philippines.

“The West Philippine Sea will freeze over first before China will even begin toying with the idea of giving us back those islands,” Poe said in a statement, using the Philippine name for the waters within the country’s 370-kilometer exclusive economic zone in the South China Sea.

China has seized seven Philippine-claimed reefs in the Spratly archipelago and developed them into artificial islands, which it is now topping with runways, docks and military facilities for eventual use as air and naval bases.

In comments from an interview posted on Facebook on Wednesday, Roque said that “there will come a time, when China’s might had ceased, when we will have to thank them for the islands because it is only the Philippines that can legally build on those artificial islands.”

Those artificial islands built by China, he said, “will be ours if we can ask China to leave.”

Poe said Roque’s “wishful thinking is like saying that a homeowner may soon be thankful to a gang of fully armed men who unlawfully intruded into his place for sometime and made it their safe house, which in effect prevented other criminals from ransacking the same.”

“And this comes with false hopes that the gang members will decide to give the house back, if they have not yet transferred the title under their name,” she said.

Earlier, Roque blamed China’s island-building in the South China Sea on the Aquino administration, which he said was unable to do anything to stop it.

The Aquino camp shot back, reminding Roque that it was the Aquino administration that challenged China’s claim to almost all of the South China Sea in the UN-backed Permanent Court of Arbitration in The Hague.

“We won that one,” said Abigail Valte, spokesperson for former President Benigno Aquino III. “It is the administration that Mr. Roque serves that put aside the decision in our favor.”