Solon: Duterte has no business in gov’t if he can’t assert sovereignty 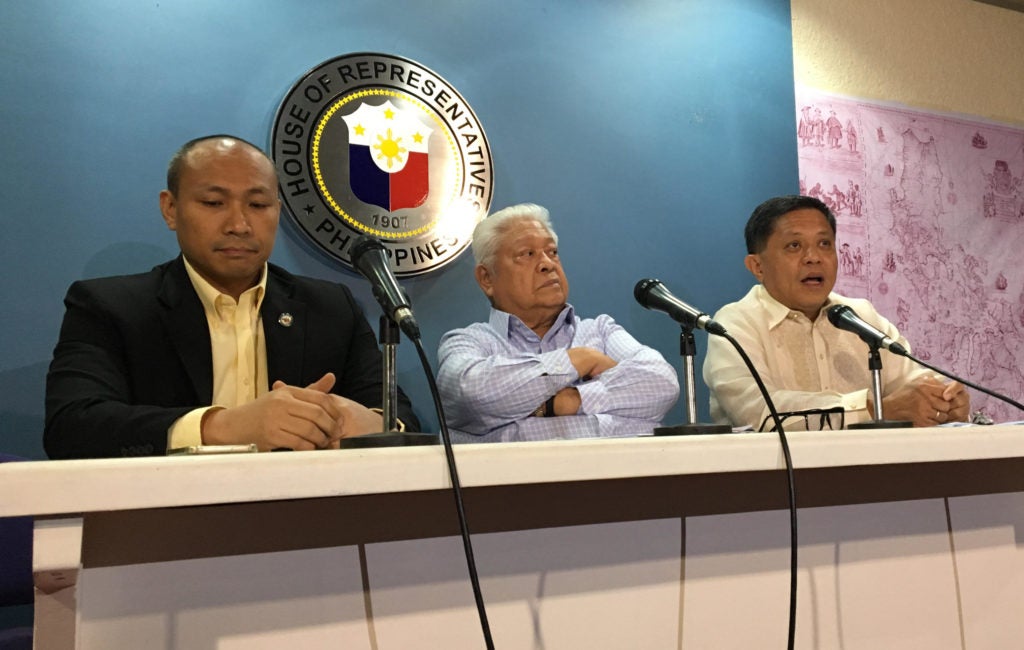 The 1734 Murillo Velarde map, crucial in the Philippines’ successful maritime case against China before the Permanent Court of Arbitration, adorns the press briefing of the opposition Magnificent Seven bloc. Photo by Vince F. Nonato

“They have no business sitting in government.”

In a Tuesday briefing, the Magnificent Seven bloc member said President Duterte’s order to stop foreign-led studies in the Philippine Rise (Benham Rise) was just a “squid tactic” to “divert from the core issue of the sale of our sovereign rights in the Spratlys.”

For the most part, the Duterte administration had done nothing to assert the Permanent Court of Arbitration’s July 2016 ruling invalidating China’s “nine-dash line” surrounding much of the South China Sea and overlapping with Philippine waters, the Akbayan lawmaker said.

Instead, the government even allowed China to “interfere” in the Benham Rise, an undisputed undersea plateau which the United Nations in 2012 declared to be part of the Philippines’ extended continental shelf, Villarin said that.

He was referring to the month-long study by Chinese oceanographers that the Duterte administration vehemently defended, until Tuesday’s announcement on the cancellation of foreign studies.

“You defeat the purpose of having you there in the government, if in the first place you can do nothing,” echoed Magdalo Rep. Gary Alejano.

“What do they want us to do?” Roque said on Monday, as he claimed China’s activities were already underway during the Aquino administration.

Alejano said he agreed that Manila could do little to stop Chinese activities in the disputed seas.

“But, this does not mean you’re going to do nothing,” he said. “You better step down if you don’t know what to do. We can’t just turn a blind eye.”