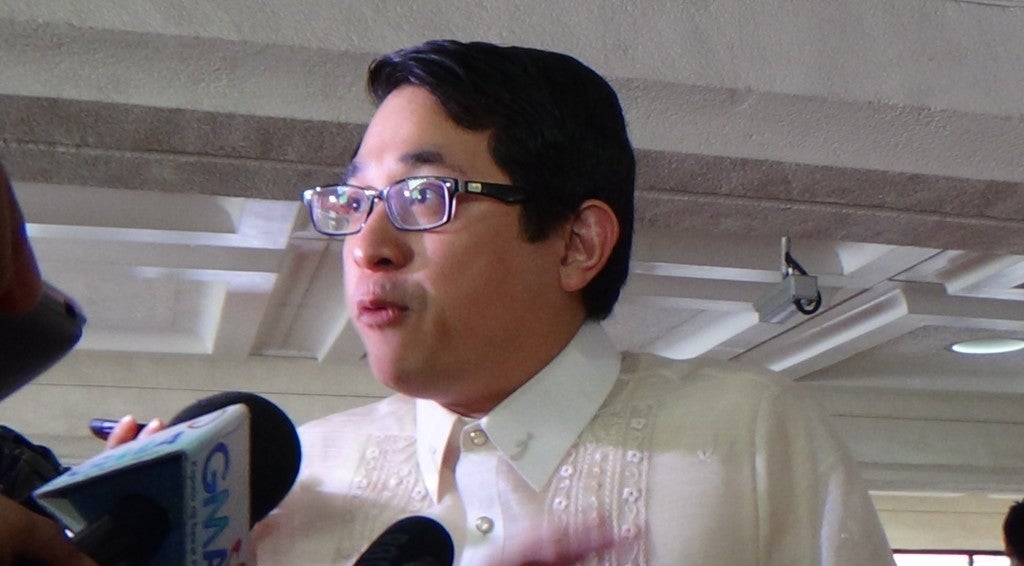 Two senators on Monday said it was time an inquiry was made into the Philippines’ foreign policy direction as China appeared to be close to finishing its militarization of artificial islands it had built in the South China Sea.

Sen. Bam Aquino suggested that the Senate now act on a resolution he filed in September 2016 that sought to determine the Philippines’ foreign policy direction and the Duterte administration’s position on the West Philippine Sea, Philippine Rise and other dealings with China in a bid to protect national interest.

“While their warships are in our seas, we continue to give in to their whims, and all the while, we are kept in the dark as to our government’s dealings with China,”Aquino said.

Sen. Sherwin Gatchalian said the country’s “gentleman’s agreement” with China should be reviewed in light of the latest development in the South China Sea as reported by Inquirer.net on Monday.

“I’m very sure that there are internal discussions between President [Duterte] and China. The President reiterated many times that there was this gentleman’s agreement between China and the new administration,” Gatchalian told the Inquirer in an interview.

He said what exactly the agreement was must be determined and whether it included the continuous militarization in the Spratly archipelago.

He also supported a call for a Senate investigation into the country’s foreign policy direction, particularly with China, noting that the Senate committee on economic affairs, which he chairs, has started looking into $1.7 billion in loans that China committed to the Philippines last year.

In the House of Representatives, Kabataan Rep. Sarah Jane Elago said Mr. Duterte “should be held responsible” for China’s military buildup in the South China Sea.

“That China has nearly completed a military air base under the nose of the Duterte administration is outright state neglect and surrender of sovereignty,” Elago said.

Bayan Muna Rep. Carlos Isagani Zarate also called out the Duterte administration on its “see no evil, speak no evil, hear no evil” attitude toward “this blatant violation of our sovereignty.”

“Congress has the duty to look into the reported Chinese military buildup with the end in view of strengthening our position to defend our sovereignty and territorial integrity,” Zarate said.

For ACT Teachers Rep. Antonio Tinio, Malacañang’s insistence on holding China to its “good faith commitment” is a cover-up for the shameful reality that the Duterte administration has already given de facto recognition to China’s sovereignty in the South China Sea and virtually ceded control of the West Philippine Sea to China.

In Utrecht, the Netherlands, Jose Maria Sison, founder of the Communist Party of the Philippines, slammed Mr. Duterte for exchanging the Philippines’ sovereign rights and trillions of dollars’ worth of resources in the West Philippine Sea for Chinese loans at high commercial rates of 6 to 7 percent for overpriced infrastructure projects. —With a report from Delfin T. Mallari