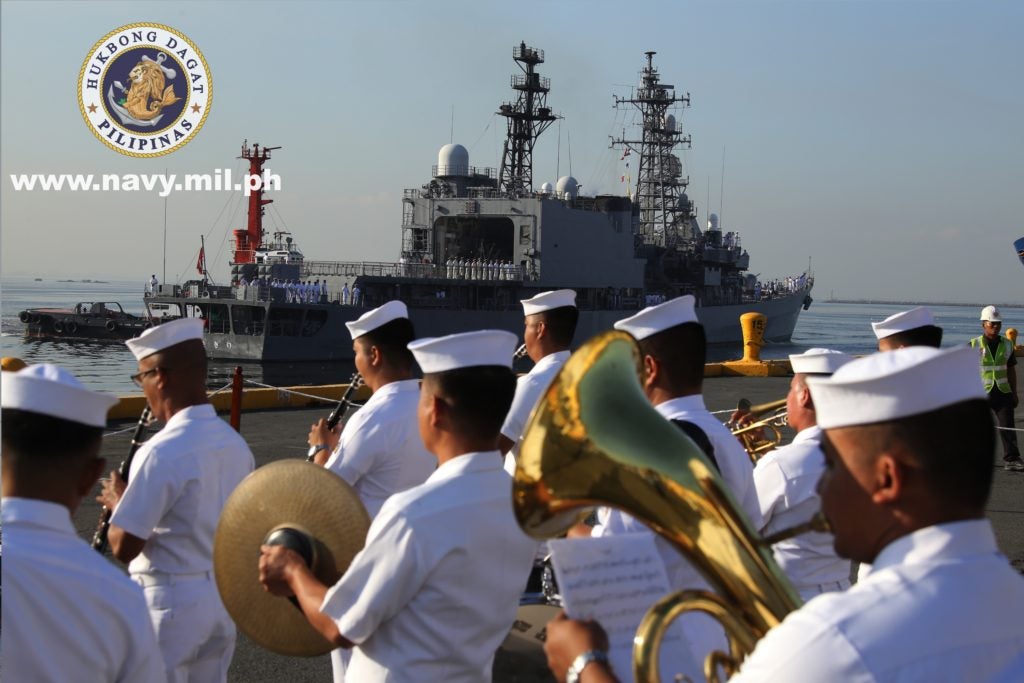 The Japanese Maritime Self-Defense Force affirmed its ‘strong navy-to-navy relations’ with the Philippine Navy at the two-day port visit of a Japanese destroyer in Manila.

“As you see, our navy-to-navy relations, I can point out  the transfer of several  naval aircraft, namely TC-90, and related training support in Japan to Philippine naval officer pilots….The transfer is a remarkable proof that shows our strong navy-to-navy relations..I believe that those will help your maritime patrol capabilities,” said Captain Koji Saito, Commander of Escort Division Two, JMSDF.

The Asagiri-class destroyer with one SH-60J helicopter is in Manila for a two-day port visit. This is the first Japanese military ship to visit the country this year.

The Japanese government donated two patrol planes last year, with three more on the way early this year. The first commissioned C-90 (former TC-90) of the Philippine Navy made its maiden flight over the contested Scarborough Shoal early this week.

“Our both countries share the core value that emphasizes the free and open ocean based upon the rule of international law or freedom of navigation. In order to maintain or further strengthen this common free and open maritime strategy, cooperation between our two nations, especially navy-to-navy relations is becoming much more important,” Saito said.

The officials of the JMSDF will also pay a courtesy call on Navy chief Rear Adm. Robert Empedrad.

“Similar to their previous visits, the Japanese navy will engage in a series of confidence-building activities with their PN counterparts such as goodwill games followed by a boodle fight and shipboard tour on JS Amagiri. A send-off ceremony with customary Passing Exercise (PASSEX) will cap off their port visit on February 04,” the Philippine Navy said in a statement.  /muf