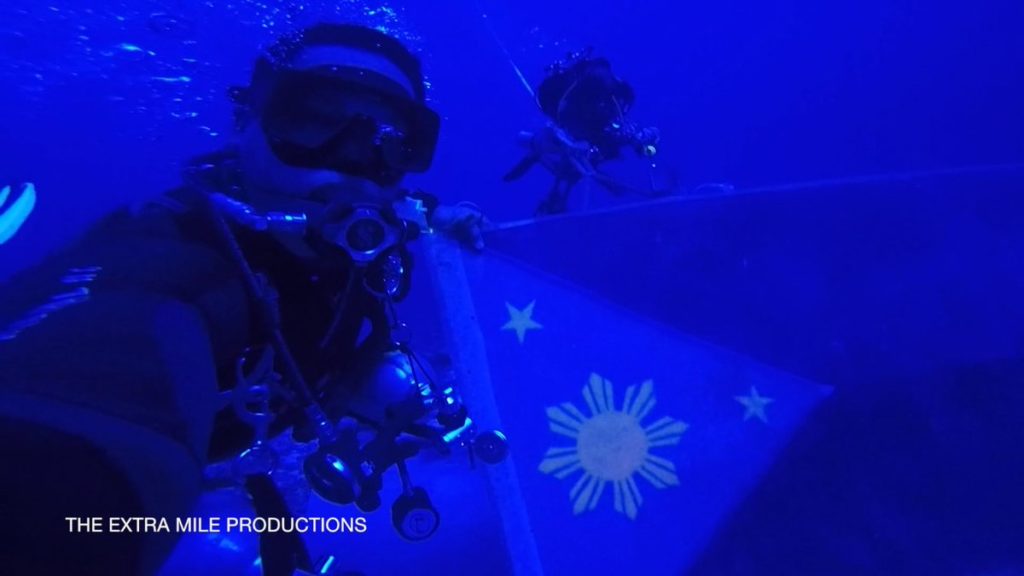 Roque issued the clarification after he received brickbats online when his remarks during a press briefing implied that no one in the Philippines had applied for a permit to study the continental shelf east of the Philippines, and no Filipino could do so because of the prohibitive cost.

That statement had sparked a flurry of criticisms on social media after it was pointed out that Filipino scientists had actually been conducting research on Philippine Rise even without China’s help.

“We must look at my response on the issue in its entirety. I was referring to China when I said ‘no one has applied and no one can do it, because, apparently, it’s capital-intensive’,” the former Kabayan congressman said in text message.

He had made the remark during Tuesday’s briefing at Malacañang in reply to an Inquirer reporter’s question: “Bakit daw po hindi (why not) Filipinos on their own?”

Roque claimed that this should be contextualized by his preceding remark that “only China has qualified so far. There are other applicants; unfortunately they did not qualify according to fixed guidelines already set by the government.”

“It is obvious that my statement pertains to China and not the Philippines,” he said.

Roque further said: “The Government of the Philippines does not need, therefore, to give a permit to Filipinos in this regard.  We have the sovereign rights to explore and exploit the resources in Benham Rise.”

“To reiterate, I never said that Filipinos cannot conduct research in Benham Rise. On the contrary, only Filipinos can do so even without express consent of our state,” he also said.

Philippine Rise is part of the continental shelf awarded to the Philippines by the United Nations in 2012. This gives the Philippines exclusive sovereign rights over the area, which is believed to be rich in minerals and gas.

The Department of Foreign Affairs (DFA) recently confirmed reports that it allowed a Chinese research institute to conduct marine research in Philippine waters off Eastern Luzon, including Philippine Rise, and Eastern Mindanao.

The news provoked outcry and accusations of selling Philippine sovereignty over those waters to the Chinese.

But DFA Secretary Alan Peter Cayetano later allayed concerns of favoritism for China, saying his department had in fact also approved requests from the United States, Japan, and Korea to carry out research in Philippine Rise.