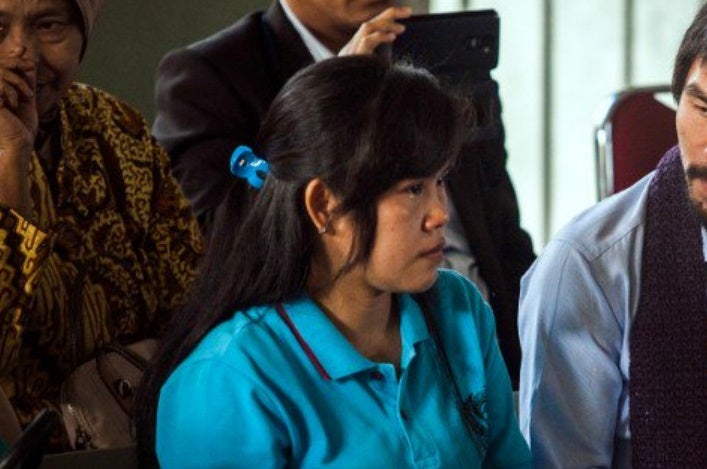 Detained overseas worker Mary Jane Veloso appealed for help from President Duterte to allow her to give her testimony in the case she filed against her illegal recruiters before a Nueva Ecija trial court.

In a recorded message via phone call, Veloso stressed that she was given reprieve from the death row after her recruiters, Maria Cristina Sergio and Julius Lacanilao, admitted her innocence in previous counteraffidavits submitted to court.

(President Duterte, I ask you with all my heart to allow me to testify in my case against Cristina Sergio in the Philippines to expose the truth and penalize the people who did wrong.)

(I know you are angry at drugs and you want to get rid of drug syndicates for the betterment of our nation and the safety of the youth. But how do you plan to fully eradicate all those involved in illegal drugs if situations like these remained?)

The Court of Appeals on December permanently barred the judge in Nueva Ecija from taking Veloso’s testimony against Sergio and Lacanilao, whom she had accused of recruiting her as a drug mule.

The appeals court ruled that taking Veloso’s testimony, without giving the couple the opportunity to cross-examine her, violates court rules and the accused’s constitutional right to confront their accuser.

Veloso, who remained in detention in Indonesia, was supposed to be executed in March 2015, but was granted reprieve by the Indonesian government to allow the Philippine government to go after her supposed traffickers.

(President Duterte, my life is in your hands. I will never lose hope that I would attain justice because God is with me in this fight. And I will never confess to a crime I did not do.) /je