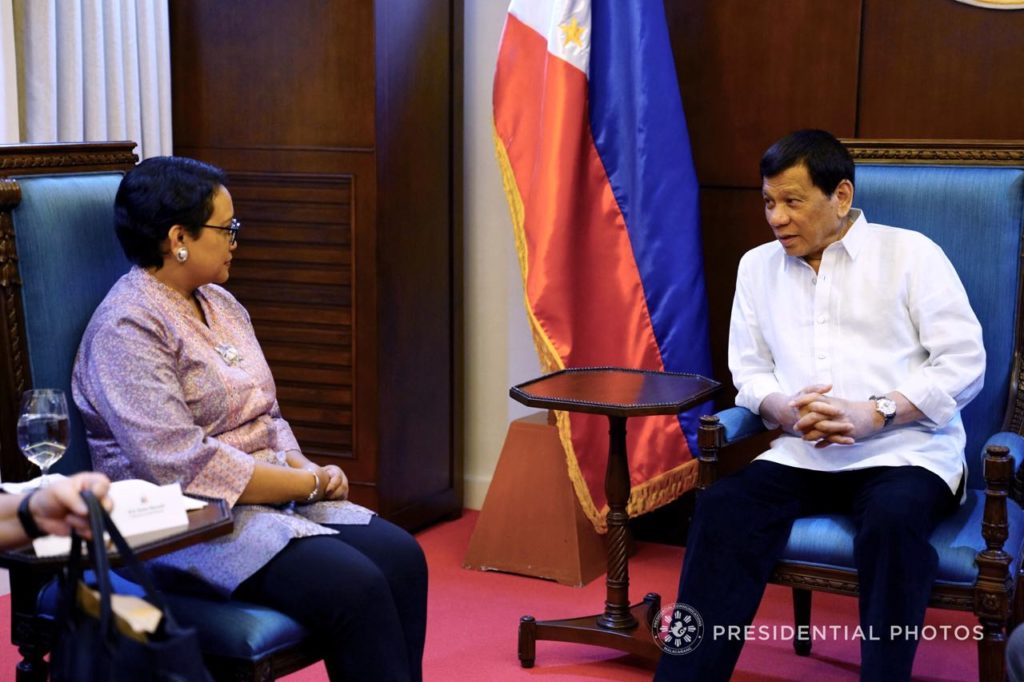 The Philippines and Indonesia have agreed to improve maritime security between the two countries to prevent terrorists from taking advantage of their porous borders, Malacañang said on Thursday.

President Duterte met with Indonesian Foreign Minister Retno Marsudi at the Presidential Guest House in Davao City on Wednesday and both agreed on some “security arrangements,” according to presidential spokesperson Harry Roque.

“It was actually a courtesy call, a tête-à-tête, and the President indicated that there were security agreements and arrangements agreed upon between the two countries,” he said.

In a statement, Malacañang said the President raised the need to improve border security to prevent local and foreign terrorists from easily going in and out of the country.

Mr. Duterte also expressed interest in the resumption of the Philippine-Indonesia trade routes to strengthen trade between the two countries.