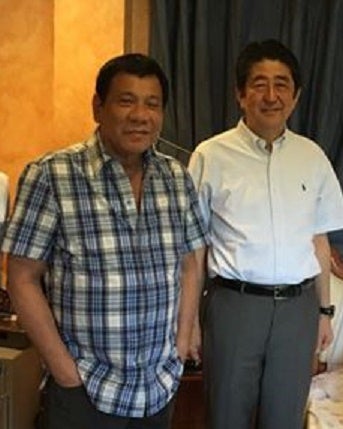 “Japan stands with the Philippines in overcoming this time of difficulties,” Prime Minister Shinzo Abe said in a statement on Monday evening.

“Japan is ready to provide assistance needed by your country, including provision of emergency relief goods to the maximum extent possible, and sincerely pray that the affected areas will recover as quickly as possible,” Abe also said.

According to authorities, at least 200 persons were reported dead after the tropical storm wreaked havoc over southern Philippines, destroying properties and forcing people to flee from their homes few days before Christmas.

Abe said their government was “deeply saddened” upon learning about the typhoon’s growing death toll and severe damages to different properties.

“On behalf of the Japanese government and people, I would like to extend my heartfelt condolences to the victims and their families, and express my sympathy to those who were affected,” Abe said.

At the same time, the Japanese Prime Minister extended his sympathy to the families of those who perished in the fire that razed the New City Commercial Center in Davao City, the hometown of President Rodrigo Duterte.

On Christmas Day, authorities retrieved the 36 bodies of call center agents trapped inside the burning building.