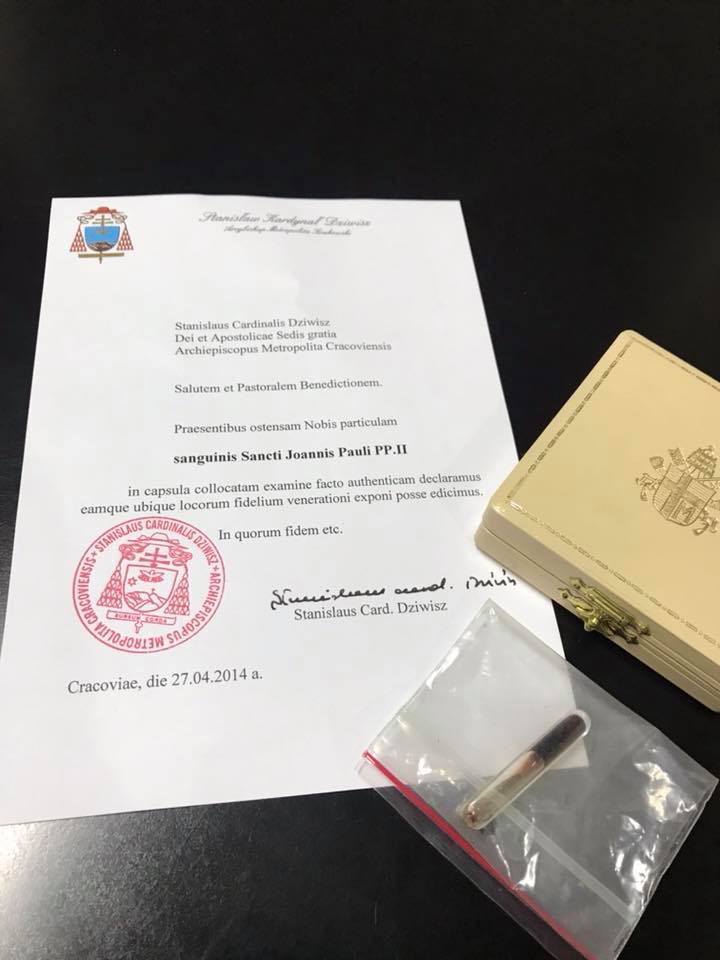 The Manila Cathedral on Monday received a special relic of the much-loved Pope and saint in the form of a vial of his blood.

The rare relic was given by Cardinal Stanislaus Dziwisz, the archbishop emeritus of Krakow and St. John Paul II’s former secretary.

The announcement was posted on Monday afternoon, including a photograph of the vial of the late Pope’s blood in a small box, and a signed letter from Dziwisz.

“We hope to find a proper reliquary for it soon so that we could expose it for the veneration of the faithful,” the administrators of the Manila Cathedral Facebook page said in the post.

Born Karol Józef Wojtyła, St. John Paul II was the Pope of the Catholic Church from 1978 until his passing in 2005.

Well-loved all over the world and especially by Filipinos who witnessed his visits to the country in 1981 and 1995, the former Pope was canonized and declared a saint in 2014.

In his 1981 visit, St. John Paul II celebrated Mass at the Manila Cathedral and is known as the Pope who raised the said cathedral to a minor basilica.

“It is a great honor for the Manila Cathedral, our Mother Church, to be the custodian of this precious relic, as we celebrate the 60th anniversary of the rebuilding of the post-war Cathedral,” the Facebook post added.