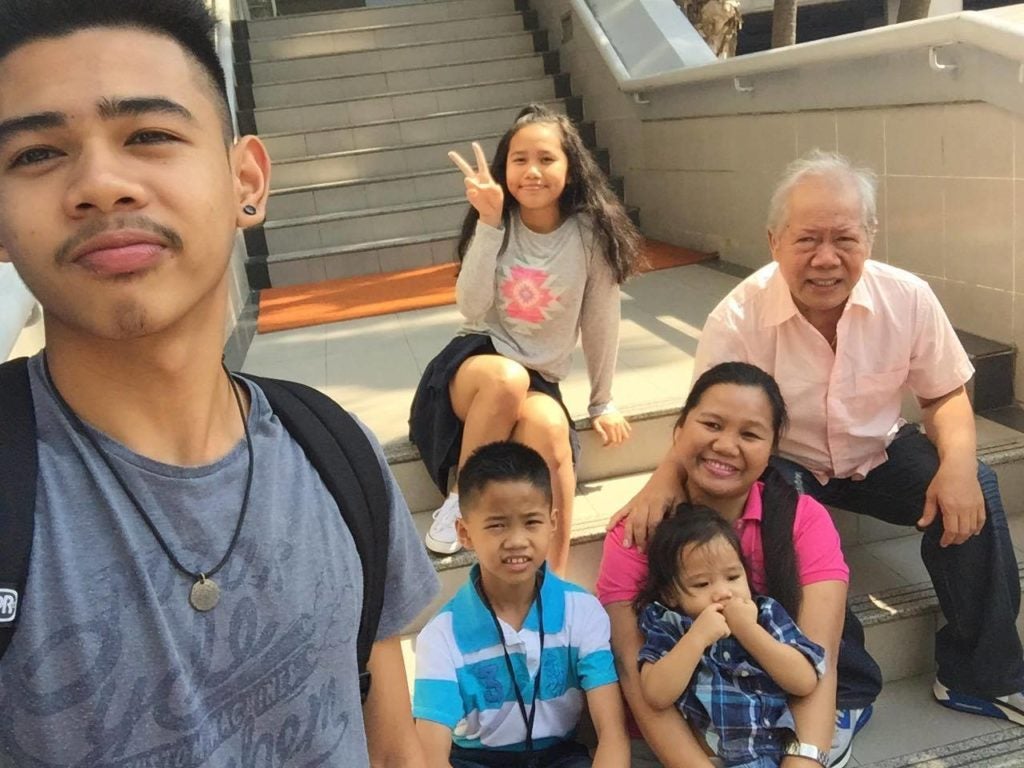 Lolo Tony with his kids in Tsim Sha Tsui

The smiling bee with white and red colors stands out among the sea of colorful electronic billboards. Its smile is inviting and promising something difficult to resist.

To 189,000 Overseas Filipino Workers in Hong Kong, Jollibee is the closest they have of home.

From Saturday through Sunday, the three branches of Jollibee, two in Connaught Road in Central and one in Mong Kok, are packed with OFWs having their days off.

For Filipino tourists like us who seldom go back home, Jollibee smells like Manila. And with a child in tow, who hasn’t been to the Philippines for some time, eating in Jollibee is part of the itinerary. 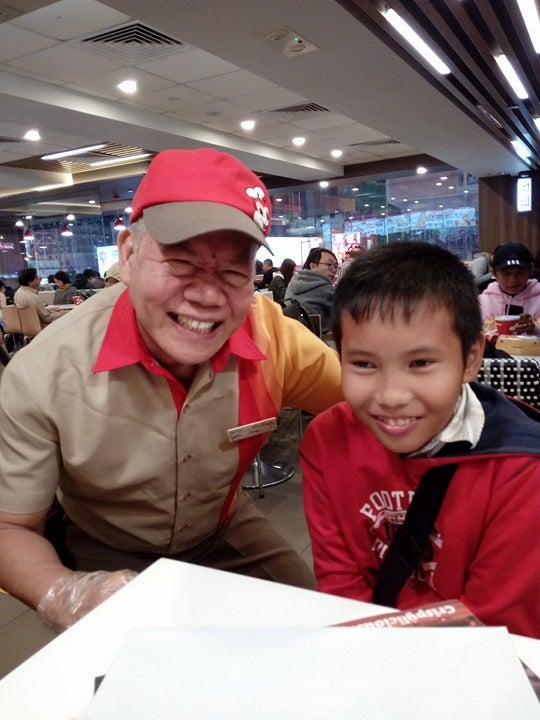 Kairos, my son, was overjoyed to hear the service crew speaking in Tagalog. After eating his chicken joy, he asked if he could bring back to Thailand the paper placemat with Jollibee logo and pictures of the menu. Since it was already soiled, an old man who overheard Kairos’ request, chatted with us. He gave Kairos a new placemat. But Kairos asked for more – a photo and his autograph!

The old man, Antonio Espia, 62, known as Lolo Tony, has two jobs. He starts his duty as a service crew of Jollibee from 6 p.m. to 12 midnight except Fridays and Saturdays.

When people start queuing for dinner at 6 p.m. he would smile at every customer. Sometimes he would exchange a quick chat with Filipino customers.

On Friday and Saturday nights, he works as a musician at Tong’s Seafoods and Grill in the New Territory.

Like most Filipinos, Lolo Tony ended up in Hong Kong in search of a better life.

A native of Molo, Iloilo, Lolo Tony is the eldest in the brood of nine from a poor family.

“As a child, I learned how to sing, play guitar and keyboard. I joined singing contests and my winnings were used to buy food,” Lolo Tony recalled.

While finishing a two-year electronics course, he also worked as a singer and a keyboardist in a bar in Iloilo. As the eldest, he always thought of the future of his three sisters and six brothers. He decided to work in Manila in 1985 because it was easier to apply abroad there.

In Manila, Lolo Tony worked at Baclaran Bar and at Max’s until 1988.

“Every Friday, I attended the Mass at Quiapo Church and became a Nazarene devotee. I was praying to have work abroad,” Lolo Tony recalled.

He never stopped applying, until he met a friend who told him to apply to an agent looking for musicians in Hong Kong. 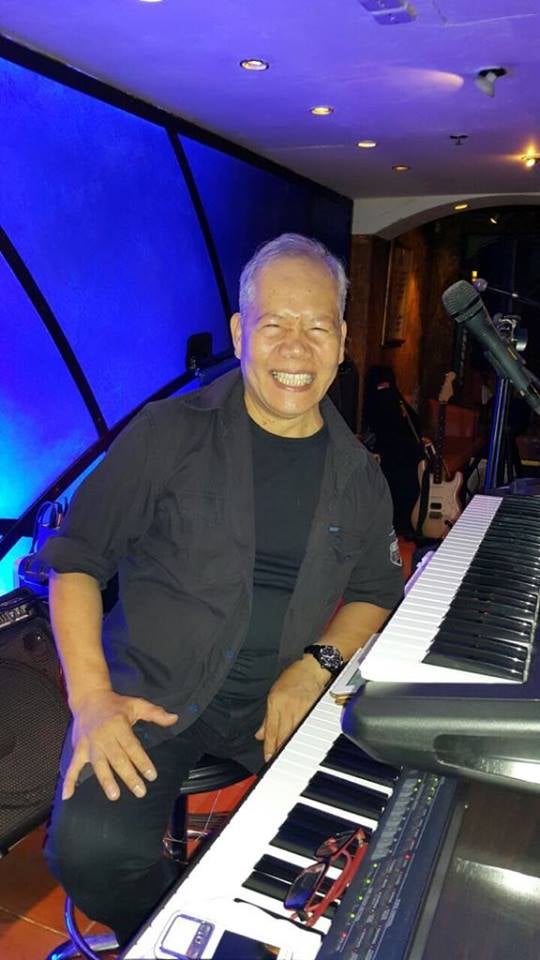 Lolo Tony at work as a keyboardist

On December 26, 1989, Lolo Tony arrived in Hong Kong. He started working as a musician in Regal Hotel on Mody Road, Tsim Sha Tsui, Kowloon, a known tourist and commercial hub.

In the past 28 years, he has worked in various hotels like Peninsula, Ramada, Nikko, Sheraton, Marriot and Miramar. But it was in Havana Hotel where he worked for 16 years until it closed down in November 2016.

“If you are talented, you will never go out of work,” Lolo Tony shared.

As a resident, Lolo Tony has the Right of Abode, a pension when he turns 65, free medical services, and other benefits given to locals. His family members are also given residency permits. After seven years, they will be issued a permanent residence card. His wife and four young children migrated to Hong Kong in 2015.

Lolo Tony used to send money to his siblings back home, but with children in school, he cannot afford to do it anymore.

Hong Kong is an expensive place to live in, especially for a sole breadwinner.

“I stretch our budget until the next pay day. I ask support from the Hong Kong government for my two children, one of them in high school and one in elementary,” Lolo Tony pointed out.

There is no concept of ‘house’ in Hong Kong due to limited space, says Rey Asis of Asia-Pacific Mission for Migrants (APMM).

Residential areas means rows of buildings. Gardens are public spaces. ‘Houses’ can only be found in Victoria Peak where the richest residents live, he said.

The high cost of living forces senior citizens to work and live on their own.

But Lolo Tony is positive.

“We do everything to give our families something better. We don’t think of ourselves anymore because our families’ needs come first,” Lolo Tony smiled.

Before we parted he greeted us: Sin Dang Fai Lok. Merry Christmas.