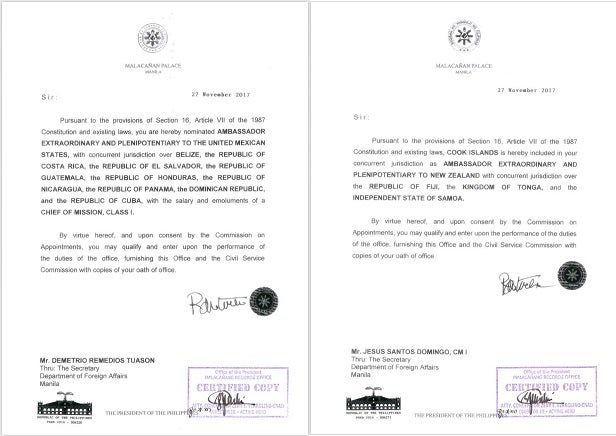 President Rodrigo Duterte has appointed the new ambassadors to Mexico and New Zealand and the Philippines’ permanent representative to the World Trade Organization (WTO).

Tuason is the chairman emeritus of firearms manufacturing company Armscor.

The President has also nominated Ateneo professor Manuel Antonio J. Teehankee as Permanent Representative to the WTO in Geneva, Switzerland. He held the same position from 2008 to 2010. 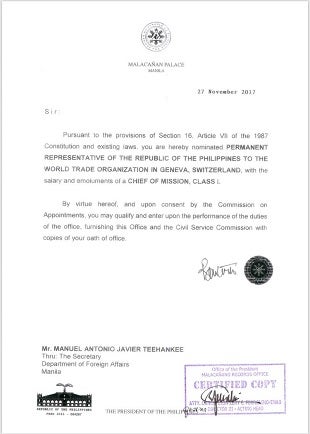 Their appointment is subject to the confirmation of the Commission on Appointments. /cbb