New PH envoy leaves for US 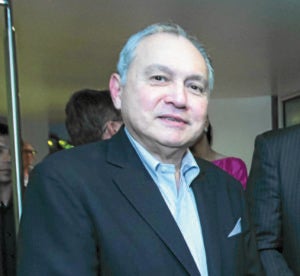 The Philippines has sent off an ambassador to the United States, a post that has been vacant for the past year and a half since President Rodrigo Duterte assumed office.

He has to formally present his diplomatic credentials to the US government before he can officially start his tour of duty.

“I’m looking forward to take up my post at Washington DC as the [Philippine] ambassador,” Romualdez told reporters on Monday.

He said one of his priorities was to touch base with US officials since the Philippines had had no ambassador to its strongest defense ally since the last ambassador, Jose Cuisia Jr. ended his tour of duty in June 2016.

Since assuming office in June 2016, Mr. Duterte has pursued closer ties with US rivals China and Russia.

Duterte has several times badmouthed the US under the Obama administration for criticizing the human rights abuses under his “war on drugs.”

Romualdez believed that Philippine-US relations had “greatly improved” especially since US President Donald Trump’s visit, and said he would convince Mr. Duterte to accept Trump’s “open invitation” to make a visit.

TAGS: DFA, Jose Manuel Romualdez, Philippine ambassador to the US