Duterte tells China: There is nothing more we can ask from your friendship

President Rodrigo Duterte reiterated his gratitude to the Chinese government for its immediate help during the five-month Marawi City siege.

Duterte personally conveyed the Philippines appreciation during his bilateral meeting with Chinese Premier Li Keqiang in Malacañang on Wednesday.

“(D)uring the critical stage of the Marawi incident where we needed help badly it was China who responded immediately for our cry for help,” Duterte told Li.

Duterte announced the liberation of Marawi City on October 17, a day after state forces killed Isnilon Hapilon and Omar Maute, a leader of the Maute group that attacked Marawi on May 23.

“(T)he arms that you gave us helped abbreviate, shortened the military fight there with the effective use of the weapons,” he said.

“And I am happy to report to you that one of the rifles that you gave us killed Hapilon, was the leader or the emir that they named in the Philippines,” he added. 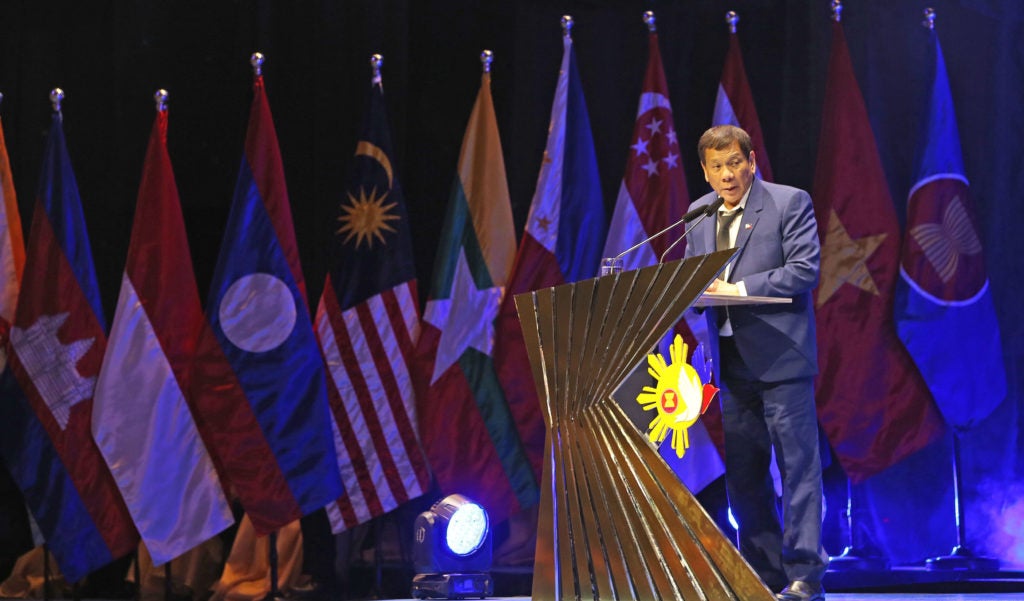 President Rodrigo Duterte delivers his keynote speech during the closing ceremony of the 31st ASEAN Summit held at the Plenary hall of the Philippine International Convention Center in Pasay City. EDWIN BACASMAS

The President said he would give the rifle that killed Hapilon to the Chinese government as “a symbol of the critical help” of China in liberating Marawi.

“So maybe I will look for the soldier who fired the fatal shot and I am going to return to you the rifle so that the Chinese people knew or would know that it was critical,” he said.

“It’s a symbol of the critical help, the crucial moment when we needed most and there was nobody to help us at that time,” he added.

For his part, Li assured that Beijing would continue to support the Philippines in its fight against terrorism.

“We highly appreciate the courage and the wisdom demonstrated by the Philippine government in the fight against terrorism and we also want to provide the assistance to the post-war reconstruction in Marawi and also the improvement of the livelihood of the people,” he added.

“We are gratified by the so many things you’ve done so far. You have proven to be a good friend of the Philippines,” he said.

“So once again, we would like to say that we have proven beyond doubt, your words as a friend and is one who would be able to help the Philippines in the days to come,” he added.

Duterte also thanked China for the financial grants it has offered to the Philippines.

“As I have said, at this time, we cannot offer you anything because we are the ones needing help. But maybe in the future Philippines would also show its debt of gratitude to China,” he said.

“And for all of the fundings of the public works, bridges and all, there is nothing more we can ask from your friendship,’ he added.

Li said China would be always ready to provide assistance to the Philippines.

“We are ready to provide and grant assistance to your country. Helping the Philippines is helping ourselves,” he said.