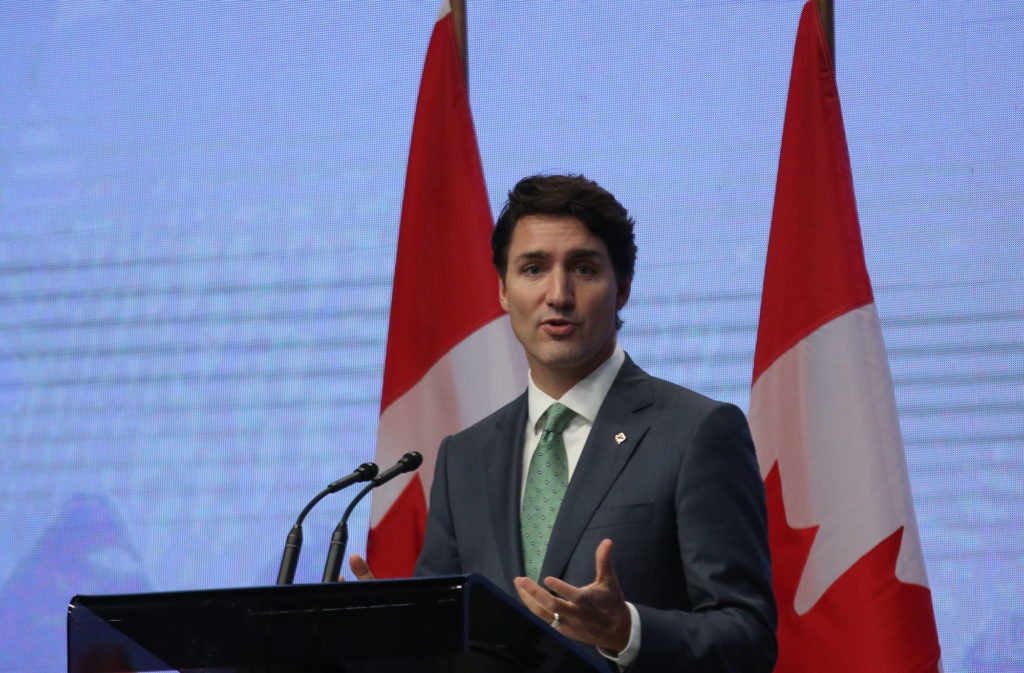 The tons of trash shipped to the Philippines some four years ago could be “theoretically” returned to Canada after “legal impediments” have been addressed, Canadian Prime Minister Justin Trudeau said on Tuesday.

At a press conference, Trudeau said he discussed the “garbage issue” with President Rodrigo Duterte on the sidelines of the meeting between Canada and the Association of Southeast Asian Nations.

“I am happy to commit to you all now that Canada is engaged to finding a solution to that,” Trudeau said.

He said the Canadian government had to deal with legal barriers and restrictions that prevented it from taking back the 2,500 tons of waste that included household trash and even soiled adult diapers.

Trudeau noted that the issue was rooted in “private businesses signing contracts and having specific disputes.”

Still, he said, Canada “is of course very open to working with the government of the Philippines to resolve this question.”

“One of the early barriers that I was talking about when I was here two years ago that represented a challenge is that Canadian legal regulations prevented us from being able to receive the waste back in Canada,” said Trudeau.

He attended the Asia-Pacific Economic Conference summit in Manila in 2015.

It still would not be so easy to ship back the garbage across the Pacific.

“There’s still a number of questions around — who will pay for [shipping it back], where the financial responsibility is, where the consequences are as this was at its origin a commercial transaction,” the prime minister said.

Trudeau, however, said he assured Mr. Duterte “that we will continue to work on this and hopefully resolve this question.”

The trash, placed in 103 containers, was shipped by an Ontario-based firm to the Port of Manila in 2013 and 2014. Some of the containers remain at the port.

Green groups reminded Trudeau, who visited a fast-food branch in Manila, that what he should have had as “take out” instead were the container vans of garbage shipped from Canada.

Aileen Lucero, national coordinator of EcoWaste Coalition, said Trudeau should have gone as well to the nearby port to see for himself the trash shipments and announce to take the garbage out of the country.

“No country deserves to be a dumping ground for another country’s rubbish,” said Dr. Angelina Galang, president of the Green Convergence for Safe Food, Healthy Environment and Sustainable Economy.

“I hope Trudeau does not let this become Canada’s legacy in the Philippines,” said Abigail Aguilar, Greenpeace Southeast Asia campaigner.

In June 2016, the Regional Trial Court of Manila Branch 1 ordered the return of the shipping containers, noting that the shipment treated the Philippines as a “trash bin” and “should not be made a precedent for other countries to follow.” —With a report from Julie M. Aurelio