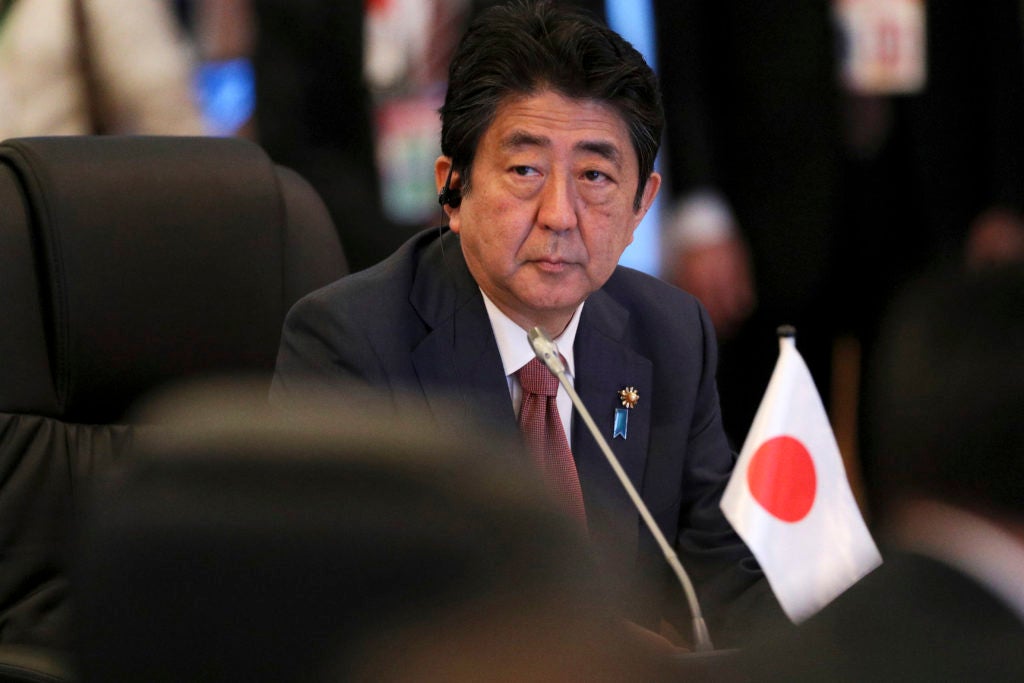 Japanese Prime Minister Shinzo Abe on Monday reiterated his call on fellow nations to respond to North Korea’s belligerence by “enhancing the pressure” on the hermit state through all “available means including the full implementation of the Security Councils resolutions.”

At the 20th Asean-Japan Summit, Abe reiterated his description of the nuclear and missile issues of North Korea as “a grave and imminent threat that we have never experienced.”

“We need to make North Korea change their policy by enhancing the pressure applied to North Korea to the highest level by all available means, including the full implementation of the Security Council’s resolutions,” Abe told the Asean leaders.

North Korea’s saber rattling is one of the top security concerns discussed at the 31st Asean Summit that was also attended by Abe, South Korean President Moon Jae-in and US President Donald Trump.

Trump has been dishing out his own saber-rattling rhetoric against North Korean dictator Kim Jong-un in his tweets.

In his own remarks at the meeting, Philippine President Rodrigo Duterte acknowledged Japan as one of Asean’s “strongest political dialogue partners and steadfast supporter of Asean centrality and community-building.”

“I give special thanks to Prime Minister Abe, whose vision statement respects the ASEAN’s role in the regional architecture while espousing Japan’s proactive contribution to peace as a fundamental security principle,” Duterte said. /atm