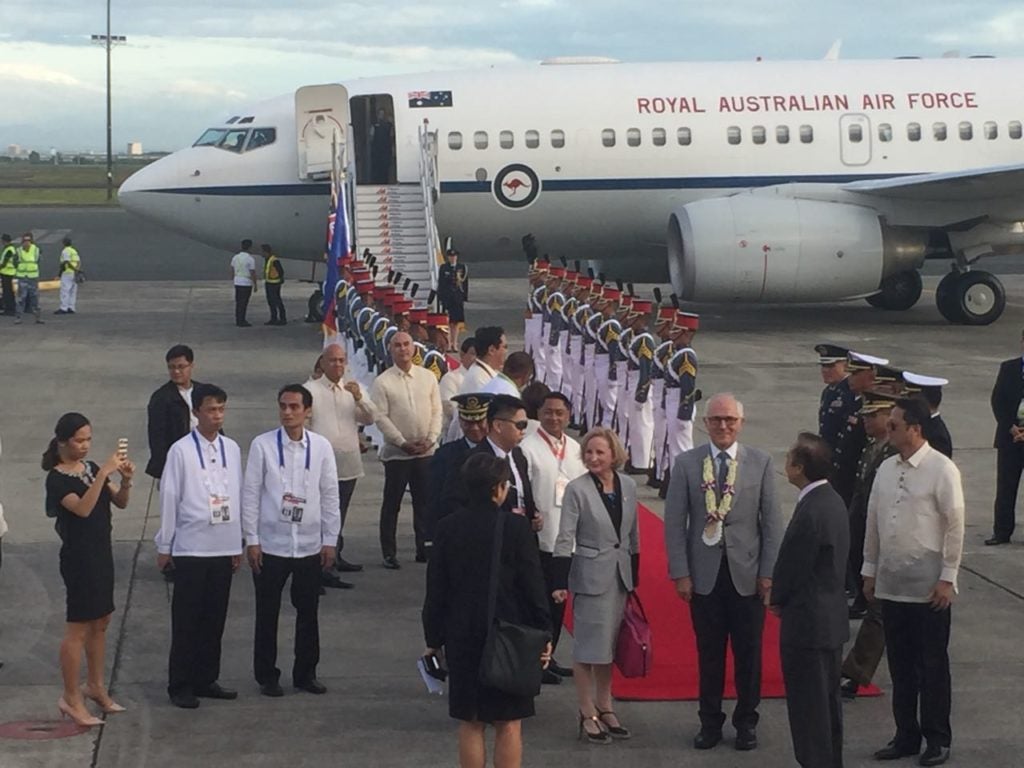 His plane landed past 4 p.m. at the Clark International Airport. The cabinet secretary in attendance was Socioeconomic Planning Secretary Ernesto Pernia.

All world leaders arriving in Clark Airport like Turnbull were welcomed with a traditional dance performance by hundreds of students from Pampanga and Bulacan.

It was the second time that Turnbull visited the Philippines. The first was in 2015 for the Asia Pacific Economic Cooperation Summit.

Australia has notably increased its defense ties with the Philippines during the Marawi siege. It sent military assistance by providing surveillance planes for intelligence gathering and troops to train local counterparts in urban warfare.

The training was part of Australia’s efforts to curb the growth of Islamic State in the region.

Turnbull is tentatively scheduled to visit the Armed Forces of the Philippines headquarters at Camp Aguinaldo on Monday to meet Defense Secretary Delfin Lorenzana and top military officials.

Aside from the leaders of the 10 Asean member states, Turnbull will meet his counterparts from Canada, China, the European Union, India, Japan, New Zealand, Republic of Korea, Russia, USA, and United Nations.

The dialogue partners of Asean are expected to discuss issues of common concern such as terrorism, the Korean peninsula, and the South China Sea dispute. /je