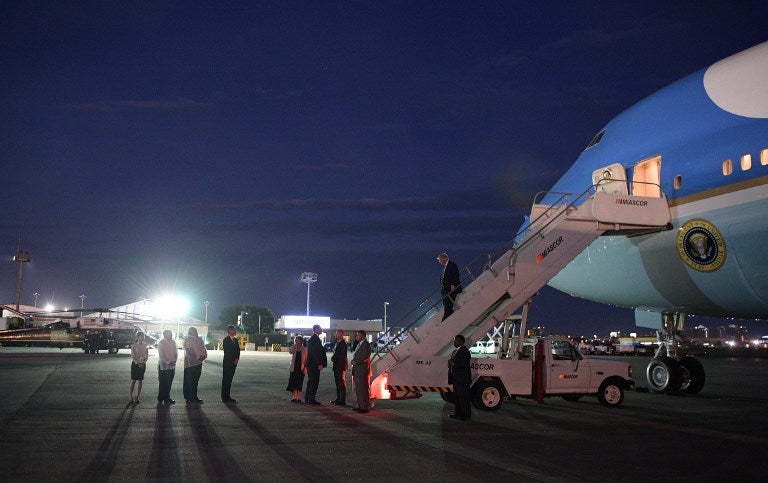 US President Donald Trump disembarks Air Force One upon arriving in Manila to attend regional summits, on November 12, 2017. Trump arrived in the Philippine capital for regional summits, the last leg of a marathon Asian tour, according to an AFP reporter travelling with him. / AFP PHOTO / JIM WATSON

Trump arrived at the Ninoy Aquino International Airport (Naia) after his appearance at the Asia-Pacific Economic Cooperation (Apec) in Vietnam.

Trump is among the 21 regional and world leaders attending the regional summit which will be hosted by President Rodrigo Duterte starting Sunday.

The US leader’s arrival in Manila came weeks after Duterte said the Philippines was on ‘“friendly terms” with Washington.

He had earlier said the Philippines and US remains to be the best of friends under the Trump administration.

Duterte and Trump will have a bilateral meeting on Monday where issues of common interest will be discussed. /je