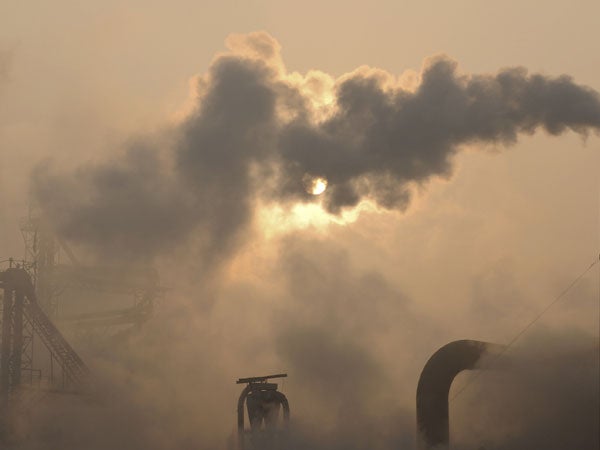 Launched by German climate change think-tank Germanwatch on the sidelines of COP23 in Bonn, Germany on Thursday, the 13th edition of the Index further confirms the fact that less developed nations are more vulnerable to climate change.

Asian countries once again feature among the most-at-risk nations on the Index, which analyses data from weather-related disasters such as storms, floods and heat waves.

The Germanwatch report states that more than 524,000 people died as a direct result of over 11,000 extreme weather events and losses between 1997 and 2016, amounting to around US$3.16 trillion (on Purchasing Power Parity).

According to the Climate Risk Index: Haiti, Zimbabwe and Fiji rose to the top of the list on 2016 data.

None was on last year’s ranking – thus showing how unpredictable climate change is. On the Long-Term Climate Risk Index (CRI): the 10 countries most affected from 1997 to 2016 (annual average) of the report, Honduras, Haiti and Myanmar top the list.

Most of the Asian countries hold the same position as of last year’s long-term index (1996 to 2015), with the Philippines, Bangladesh, Pakistan and Vietnam in 5th, 6th, 7th and 8th positions respectively.

Furthermore, of the 10 most affected countries (1997–2016), nine were developing ones in the low income or lower-middle income country group.

“The Climate Risk Index may serve as a red flag for already existing vulnerability that may further increase in regions, where extreme events will become more frequent or more severe due to climate change,” reveals the report.COP23, scheduled to end on November 17, is a good opportunity for Asian nations to showcase their high climate vulnerability and success stories of adaptation to the world, along with building pressure on the developed countries to limit global warming to 1.5 degrees Celsius pledged in the Paris Agreement.

ADVERTISEMENT
Read Next
WATCH: Trudeau greets kids welcoming him at Clark
EDITORS' PICK
PH preps for China virus: Question of when, not if
Museums ‘put to sleep,’ churches closed amid volcano’s unrest
Beyond water service: Maynilad builds massive infrastructure projects to clean up Metro Manila waterways
Get exciting deals and discounts when you download the new McDonald’s App
Seventh judge assigned to handle De Lima case
SM continues to send relief assistance to remote towns in Batangas
MOST READ
Lacson on Duterte’s threat to end VFA over Bato’s canceled visa: Where is the connection?
Part of Aurora Boulevard in Cubao closed from Jan. 25 – Feb. 1
The humiliating experience that changed Nash’s perception of soldiers
Corruption worsens: PH falls 14 notches to 113th spot in global index 2019
Don't miss out on the latest news and information.