Asean at 50: Is it still searching for identity? | Global News

Asean at 50: Is it still searching for identity? 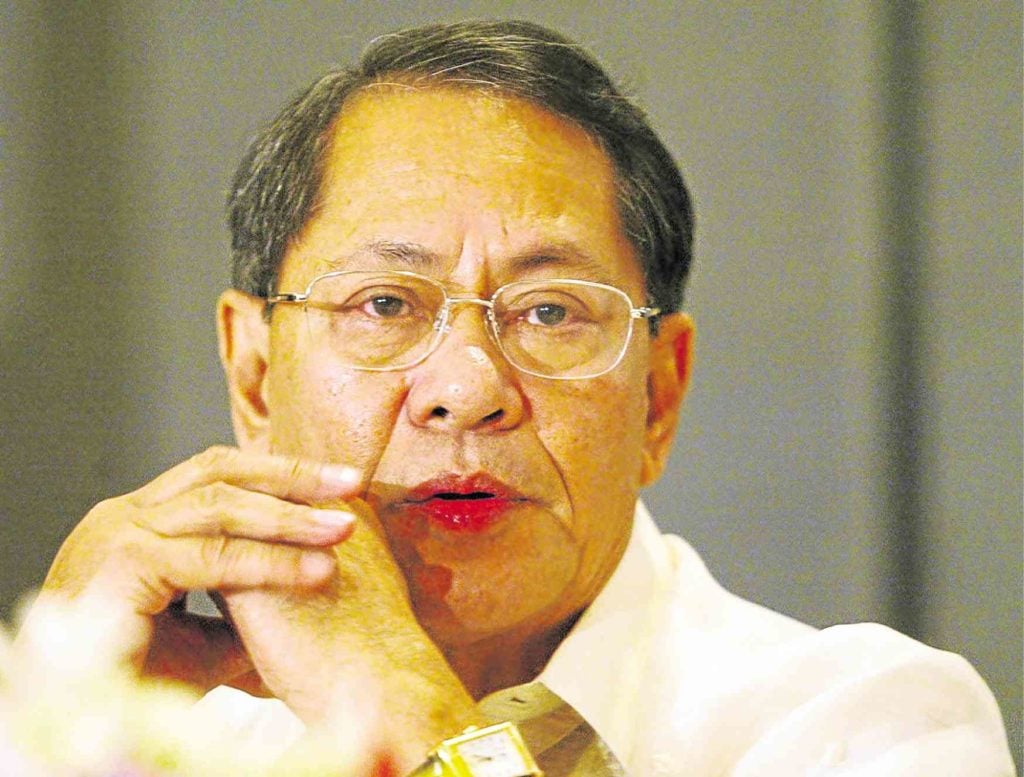 At the High Level Forum on the Association of Southeast Asian Nation’s (Asean) 50th anniversary on Oct. 19, 2017, former Thai Prime Minister Abhisit Vejjajiva said if the regional bloc’s founding fathers were asked what they might feel if they saw Asean today, they would probably answer that the association has far exceeded expectations.

Asean grew into a world-class regional bloc in 50 years. This was but a blink of an eye in historical terms. But within this short span, Asean’s achievements have been nothing less than spectacular.

Getting 10 different nations to work and act as one in a sustained manner was in itself a monumental undertaking. This was possible primarily because of the association’s adherence to its decision-making process, rooted in the “Asean way” of musyawarah (consultation) and muafakat (consensus).

Prior to the Bangkok Declaration, the five founding nations had to overcome bitter territorial quarrels—the Philippines versus Malaysia over Sabah; Indonesia’s konfrontasi against Malaysia and Singapore; the whole of Indochina, including Thailand, threatened by communist occupation; while everyone had to fight domestic insurgencies.

The group’s former “communist enemies” — Cambodia, Laos and Vietnam — and military-led Myanmar had to achieve first some degree of openness before they were admitted as members.

What made this evolution more impressive was integration being achieved amid deep political, social and cultural difference across the region. Asean is home to peoples of various racial origins, including the Han Chinese, the Indo-Aryan and Dravidian peoples of South Asia and the Malay-Austronesian race.

Three of the world’s major religions — Christianity, Islam and Hinduism — are practiced in the region, and, at times, right next to each other. The world’s largest Muslim country, Indonesia, maintains brotherly ties with Asia’s largest Christian country, the Philippines.

There, too, are diverse legal traditions. Where most former British colonies — Malaysia, Singapore and Brunei Darussalam — follow common law (largely unwritten, precedent-based) system, Thailand and Vietnam adhere to a continental or codal (“Napoleonic”) legal system. The Philippines follows a mixture of the two.

These differences tend to degenerate into violence and conflict in most parts of the world. But in Asean, people manage to live mostly in peaceful coexistence with each other. This has enabled the region to undergo a transformation that Korea University professor Balázs Szalontai described as “from a battlefield into a marketplace.”

Today, Asean is one of the most dynamic regional blocs, some even consider it as the most successful supranational grouping in the world. The bloc’s population of 650 million accounts for a staggering 10 percent of the world population, making it the biggest geopolitical bloc by the number of people. It is home to the world’s third-largest labor force — relatively young and generally literate — with an economy poised to become the world’s fifth-largest by 2020, and, by some projections, the fourth-largest by 2050.

In 2016, the combined gross domestic product (GDP) of Asean countries was collectively worth $2.5 trillion, almost double the $1.3 trillion measured in 2010. During the same period, GDP per capita across the region grew by 76 percent. Within Asia, only China and Japan have bigger economies.

As an investment destination, Asean is a top drawer. It is the fourth-largest exporting region in the world, accounting for up to 7 percent of global exports. Nearly a fourth of its population belongs to the middle class and still rising.

Clearly, Asean has much to be proud of given what it has achieved in the past five decades. And to reap even more benefits, the process of regional integration should broaden and intensify.

For this to happen, efforts must be strongly exerted at extending connectivity, lifting nontariff barriers and harmonizing product standards to broaden intra-Asean trade.

People-to-people exchange should be facilitated. Mutual accreditation of professions and labor mobility assured.

Universities and institutions of higher learning in the region should actively forge more exchanges and offer scholarships so that more and more Asean students get educated on Asean values, culture and the arts. In a word, start the process of Aseanization of education.

Vejjajiva said Asean businesses should be given incentives to buy in and locate in each other’s production and consumption bases. Mutual recognition of professions will not occur readily as it requires changes in domestic laws. It’s possible only if peoples of Asean recognize that issue was a priority concern.

That’s why, Vejjajiva asserted, creating an Asean identity—that is, getting ordinary people to have a direct stake in the association—is crucial to deepening and speeding up regional integration.

For years, critics deplored the “Asean Way” of decision-making through consensus and consultation, rather than the rule of the majority, as too slow and cumbersome. But these are key cultural factors why Asean worked, endured and thrived through the years. For Asean to sustain its growth and retain its relevance, in the face of rapid and unprecedented change brought about by technological breakthroughs, should Asean not adapt to the new era?

Indeed, Asean can readily embrace change. Its 50 years of existence coincided with the development of computers and the dawn of the digital age. As Dr. Klaus Schwab, in his book “The Fourth Industrial Revolution,” puts it, the Digital Era “is marked by the emergence of new business models, the disruption of incumbents and the reshaping of production, consumption, transportation and delivery systems.”

“Governments and institutions,” Schwab added, “are being reshaped, as systems of education, healthcare and transportation.” And “a paradigm shift is underway in how we work and communicate as well as how we express, inform and entertain ourselves.”

Asean leaders should provide the foresight and guidance for its young and talented peoples to plan and shape a people-centered Asean employing the devices of the Digital Era for quicker connectivity and wider access. Asean leaders and peoples then can continue to stay in touch with each other the Asean Way.

(Editor’s Note: The author, a topnotch lawyer, was former University of the Philippines and Senate president and Cabinet member.)