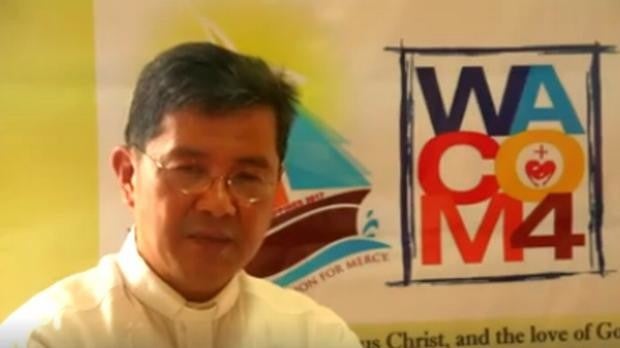 The decision of the Department of Labor and Employment (Dole) to suspend the processing of overseas employment certificates (OECs) for new applicants  was met with mixed reactions from different sectors.

While some welcomed it as a stop-gap measure, others said it was an admission of the government’s helplessness against illegal recruiters victimizing overseas Filipino workers (OFWs).

Balanga Bishop Ruperto Santos said the suspension was only temporary, lasting for 15 working days beginning Nov. 13, and that there was no need for OFWs to worry.

He also called it an opportunity to conduct an internal cleansing at the Philippine Overseas Employment Administration (POEA) to weed out officials and employees colluding with illegal recruiters.

“Irregularities exist within, so corrupt officials must be exposed, prosecuted and severely punished,” the prelate said.

Santos is chair of the Catholic Bishops’ Conference of the Philippines’ Episcopal Commission for the Pastoral Care of Migrants and Itinerant People.

The prelate made the remarks following the Dole’s move to suspend the processing of new OECs for 15 working days beginning Nov. 13.

The temporary suspension was brought about by persistent reports of illegal recruitment among direct-hire workers.

With the suspension, direct-hire workers would have to go through POEA-accredited recruitment agencies which usually charge the equivalent of their one-month salary from their prospective employers abroad as processing fees.

The OEC is the required clearance or certificate required for all departing OFWs to prove that their exit or departure from the country is valid and legal.

The Dole has formed a team to conduct an investigation at the POEA, as some employees there may be also reshuffled.

Santos encouraged OFWs to “come out and denounce POEA employees who abused their positions, and victimized them.”

He also assured seafarers and vacationing OFWs not to be worried, since the suspension will be lifted by Dec. 1.

The Federation of Free Workers (FFW) called the move a “good stop-gap measure.”

“But the Dole has to act swiftly if they are to cleanse or purge the POEA internally,” said FFW vice president Julius Cainglet.

However, he expressed concern that some new OFW applicants might end up on the losing end if the suspension would cause the lapse of their job placements.

Lilac Center for Public Interest also slammed the suspension of OECs as “an admission that the government is utterly helpless and inutile in curbing the activities of illegal recruiters.”

Lilac Center president Nicon Fameronag said the move was a “midnight policy,” which could affect thousands of OFWs dreaming of working abroad for a better life.

“Besides, you don’t burn a whole house because a part of it is ridden with termites,” he said.

He pointed out that there was a lack of consultation on the issue and that the suspension should have been left to the POEA’s governing board.

Fameronag said the Dole’s order might be legally challenged before the courts since its basis “is flimsy at best.”