Delegates of the Global Progressive Forum (GPF) who are also members of the European Parliament (EP) on Saturday vowed to continue supporting detained Senator Leila De Lima despite being barred from visiting her on Saturday.

“We can promise you that we will continue to do everything to get De Lima free,” Robert Hans Neuser, member of the GPF and EP in Germany, said in a press briefing.

GPF President Enrique Guerrero Salom, along with Neuser, both of whom are members of the EP, were barred from visiting De Lima despite complying with the 10-day required notice rule.

“We asked permission (from the Philippine National Police) in order to visit her and we are disappointed with the result… We are concerned with the situation of Senator De Lima,” Salom said.

“We fully respect the Philippine legal regulations, but we think that there are enough (reasons) to release Senator De Lima and to allow her to play her role as a senator representing the people of this country because she has been elected by the people,” Salom added.

The foreign delegates, who came to the Philippines to meet with the senator at her detention cell to learn about the latest evolution on her case, have submitted their formal requirements on Oct. 26, but still refused to see the senator. 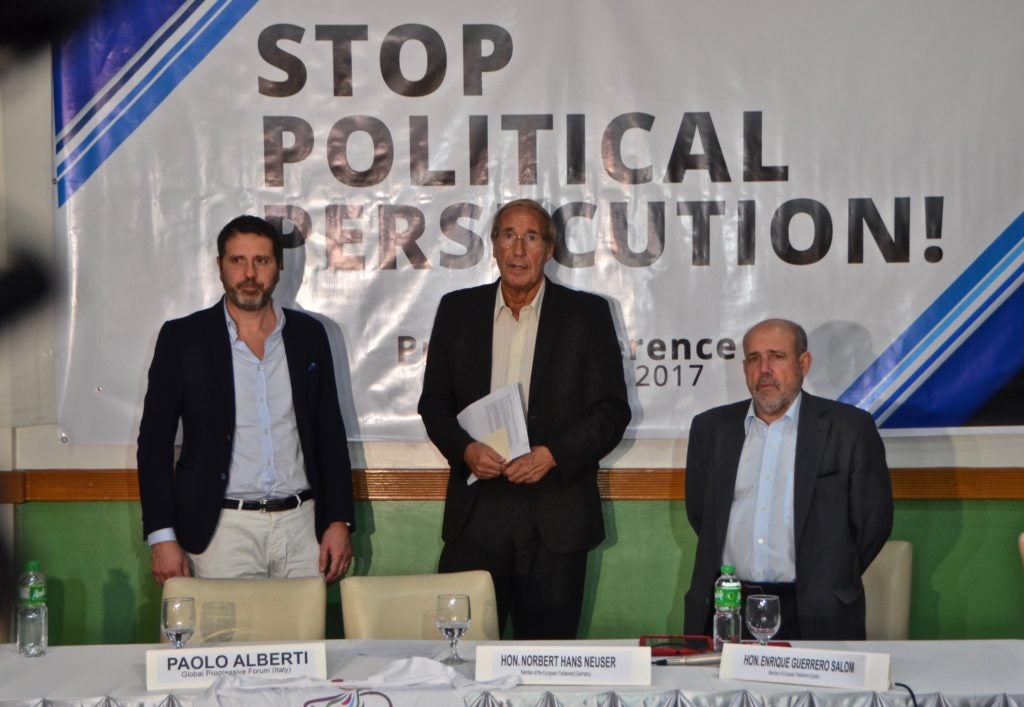 The delegates were also set to participate in the Asean Civil Society Conference.

According to Atty. Alex Padilla, De Lima’s legal counsel, the PNP claimed the request papers got stuck at the level of the Office of the Directorate for Intelligence Services.

“We’ve been doing it all by the book. Actually, there are additional requirements required of the foreign visitors. Dapat ibigay ang pangalan (We should give our names), itinerary, biography, which are all invasions of the privacy of these individuals pero (but) we still complied with it,” Padilla said.

“They asked for 10 working days, we gave them 15. We filed it as early as Oct. 26 but to this day it sits at the Office of the Directorate for Intelligence Services. PNP’s inaction is tactical denial of her rights to be visited,” he added.

De Lima, a staunch critic of President Rodrigo Duterte’s administration, is detained at the PNP custodial center in Camp Crame, Quezon City since February due to drug-related charges. /jpv