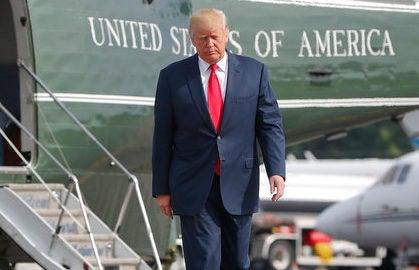 The Communist Party of the Philippines (CPP) urged revolutionary forces to mount protests in the cities and launch tactical offensives as it slammed the “inter-imperialist collusion” among the Association of Southeast Asian Nations (Asean) member countries in the upcoming Asean summit.

“As the imperialists and their subalterns congregate in their high-flying summits, the CPP calls on the Filipino people and their revolutionary forces to mount protests in the cities and launch tactical offensives in the countryside to underscore their demand for national and social liberation,” the CPP said in a statement on Monday.

State leaders, including United States President Donald Trump, will gather in the country as it hosts the Asean summit and related meetings from Nov. 10-15.

The CPP also slammed the upcoming visit of Trump as it would only “cement further the master-puppet relationship” of the US with President Duterte’s administration.

“He (Trump) will surely be pleased by the Duterte regime’s vigorous push for further economic liberalization, particularly with its rush to further open the economy to full foreign control by trimming down the “negative list” of areas of the economy reserved to Filipinos,” it said.

The CPP said Duterte is pushing for federalism to “remove restrictions against foreign ownership of local enterprises, something which the US imperialists have long sought.”

“The Filipino people must confront the Duterte regime’s subservience to US imperialism, particularly, its counterinsurgency doctrine and “war on terror” which serve as pretext for US military presence, intervention and control of the AFP. They should also denounce the regime’s push for all-out economic liberalization in order to comply with US and China dictates and attract foreign investments,” it said.