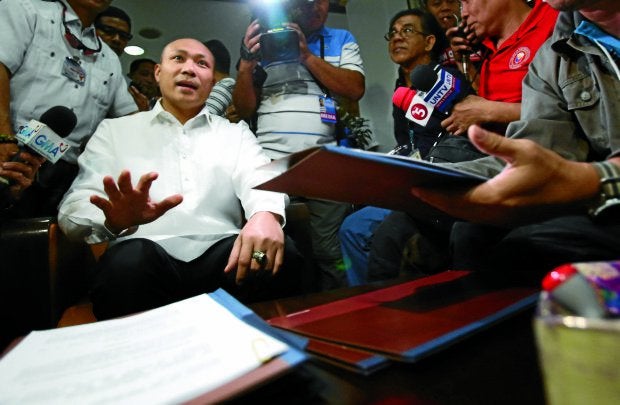 Magdalo Rep. Gary Alejano warned on Saturday the Duterte administration against resorting to “knee-jerk reactions” such as declaring martial law to address security issues following Australia’s warning to its nationals of a “high threat” of a terror attack in the Philippines, including the capital, Manila.

“I am confident that our security forces are doing their duties to make sure that the people are safe from terrorists’ threats without unnecessarily creating panic among them. I trust that our government resorts to careful contingency planning than knee-jerk reactions like martial law to security issues,” Alejano said in a statement.

Alejano, a former Marine officer, said that retaliatory attacks by terrorists are possible after the Islamic State (IS)-inspired Maute terrorist group was defeated by government security forces in Marawi.

The Australian Embassy’s warning should not be taken lightly, Alejano said. Precautionary measures by the security and police must already be in place, he said.

President Rodrigo Duterte has yet to lift martial law in Mindanao even after top local terror leaders Isnilon Hapilon and Omarkhayam Maute had been killed as they made a last stand in Marawi.

Mr. Duterte, backed by his allies in Congress, claimed that martial law was necessary to flush out terrorists. But he had also warned the country of possible retaliatory terror attacks in different parts of the country.

Alejano and Akbayan Rep. Tom Villarin are among the lawmakers staunchly opposed to martial law.

Villarin said that even with the declaration of martial law in Mindanao, the Duterte administration has not addressed “decisively the terror threat despite martial law and vows to crush these terror groups.”

The Australian Embassy issued the travel advisory on Nov. 3, a few weeks after the military ended the five-month battle to retake Marawi City from the IS-inspired terrorists.

The embassy’s advisory said “there is a high threat of terrorist attack in the Philippines, including Manila. Exercise heightened caution at this time.”