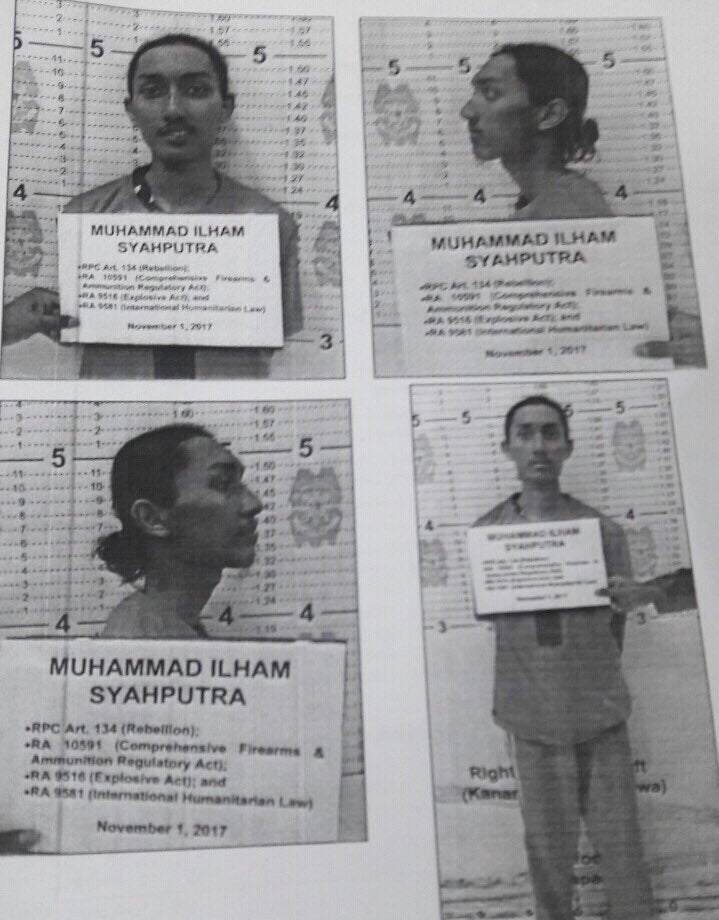 (Updated 4:43 p.m., Nov. 2) The Quezon City Prosecutor’s Office on Thursday submitted for resolution  the string of criminal cases filed against an Indonesian national allegedly affiliated with the Maute terrorist group, barely a day after he was caught trying to escape the war-torn Marawi City.

Seized from Syahputra were one .45-caliber pistol and one magazine, seven live ammunitions, one hand grenade, one Apple mini tablet, an Indonesian passport and two identification cards under the name Khoirul Hidaya, 10 pieces of P1,000 bill, 15 pieces P500 bill, two pieces P100 bills, and many other foreign money.

Initial reports said the suspect was captured after he was spotted swimming across the Lanao Lake near the battle zone.

Authorities said Syahputra, who speaks Tagalog fluently, had claimed during interrogation that there were at least 39 Maute stragglers still within Marawi City.

Guyguyon said that the suspect also admitted to being an IS militant who came to the Philippines in 2015, and even participated in various operations.

Foreign fighters were believed to have fought side-by-side with local terrorists in the past five months of fighting.