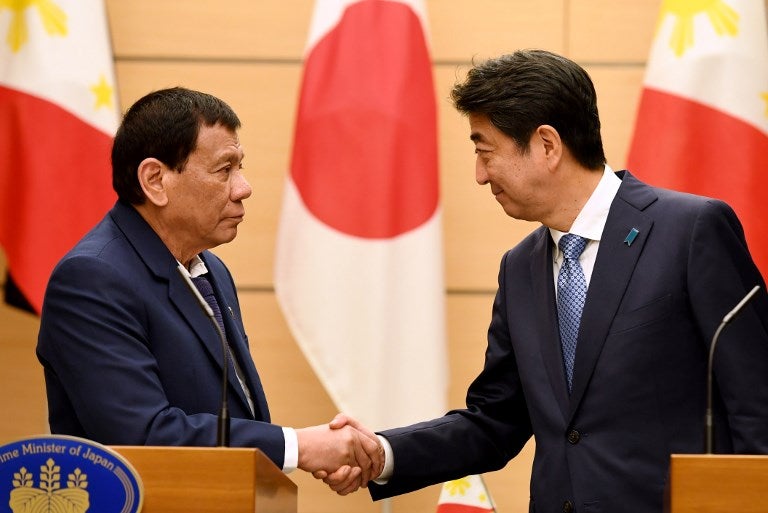 TOKYO — The first phase of the Metro Manila Subway Project will be funded by a 104.53-billion-yen ($924-million) loan from Japan, which is part of the more than $1 billion in loans that Prime Minister Shinzo Abe pledged during his meeting with President Rodrigo Duterte on Monday.

The loans include 9.399 billion yen ($83 million) for the Arterial Road Bypass Project in Bulacan province.

An exchange of notes on these loans will be signed by Philippine and Japanese officials in the future, according to a statement from Japan’s Ministry of Foreign Affairs (Mofa).

Phase 1 of the Metro Manila Subway Project is expected to help address Metro Manila’s serious traffic congestion, as well as ease pollution and mitigate the effects of climate change.

“The implementation of this project is expected to contribute to sustainable growth by promoting investment in the Philippines,” the Mofa said.