Duterte lands in Japan for meeting with PH’s ‘true friend’ 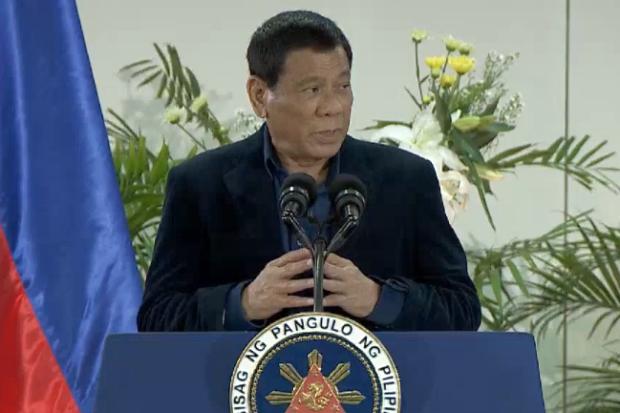 Mr. Duterte, who touched down in Tokyo 2:45 am, was welcomed by Japan’s State Minister for Foreign Affairs Kazuyuki Nakane, Japanese Ambassador to the Philippines Koji Haneda, Philippine Ambassador to Japan Jose Laurel V, and Deputy Chief of Mission Eduardo Menez.

His partner Cielito “Honeylet” Avancena and daughter Veronica accompanied him on the trip.

Mr. Duterte is scheduled to meet Prime Minister Shinzo Abe on Monday afternoon. He is the first leader from Southeast Asia to visit Tokyo after Abe’s victory in the recently-concluded snap elections.

The President said he was looking forward to meeting Abe, who he described as the Philippines’ “true friend.”

“I will convey to him the gratitude of our nation for Japan’s steadfast and unprecedented support for our country, our people, and our government,” he said in his departure statement.

Also on the agenda of their meeting are regional security issues, including North Korea’s nuclear buildup and the disputes in the South China Sea.

He plans to discuss with Abe the ways to advance the Philippines’ and Japan’s strong bilateral relationship, especially on matters involving socio-economic development, peace and progress in Mindanao, and the build-up of modern infrastructures in our country,” he added.

ADVERTISEMENT
Read Next
Duterte: Somebody has to talk to Kim Jong-Un to prevent nuclear war
EDITORS' PICK
EuroMillions Superdraw: A lottery draw unlike any other is coming to the Philippines
Smart releases Hyun Bin’s second TVC
Military on heightened alert in Maguindanao after BIFF attacks
Water remains our saving grace right now
For nation’s birthday, Trump slams the enemies within
Give anti-terror law a chance, ditch misinformation – Defense Sec. Lorenzana
MOST READ
NAIA Terminal 3 to open for international flights starting July 8
Anti-Terrorism Council’s first move: Make a list
Hyun Bin: ‘I will meet with my Filipino fans first’
BI officers sacked for ‘fictitiously’ encoding Wirecard COO’s entry to PH
Don't miss out on the latest news and information.