Despite criticisms, EU mulls to give hefty grant for Marawi rehab 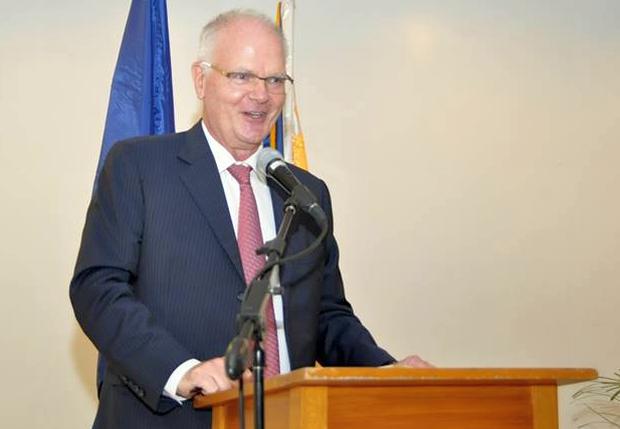 Franz Jessen, the EU ambassador to the Philippines (Photo from the Facebook page of the EUROPEAN UNION IN THE PHILIPPINES)

In spite of constant threats from the Duterte administration, the European Union (EU) is still mulling the possibility of issuing as much as 100 million euros, or around P6.1 billion, worth of grant to help the rehabilitation of war-torn Marawi City, an EU envoy said on Thursday.

EU Ambassador Franz Jessen told reporters on the sidelines of the Energy Smart Philippines forum that the bloc is so far considering 55 million euros, but raised the possibility of doubling that to around 100 million euros.

The European bloc, one of the country’s most important allies in the international community, has been on the receiving end of criticisms from the Duterte administration that not only threatened to do away with international aid, but even told EU ambassadors to leave the country.

Upon clarification, these threats were later either withdrawn or downplayed. In spite of this, negotiations within the EU are ongoing for a proposed development aid to help rebuild Marawi City.

READ: Palace: No directive to expel EU envoys from PH

The grant, which is equivalent to around P6.1 billion, is more than half the P10 billion budget the Duterte administration allotted for Marawi rehabilitation next year.

“Right now, we’re discussing internally in the EU. We are talking about 55 million euros which, later on, we intend if things go well to expand to a total of around 100 million euros for Mindanao and Marawi. It’s for Mindanao with a special focus on Marawi,” he said.

“For this to succeed, it would need to be through government to government,” he added.

He said the timeline for the grant would depend on the progress of talks between EU and the Philippines.

While the government later clarified that the policy applies to the international community in general, EU aid has been singled out after Foreign Affairs Secretary Alan Peter Cayetano said that the Philippines would not accept any grant at all.

Cayetano, who ran as Duterte’s running mate for vice president during the campaign, later clarified that this only applies to aid that have a conditionality—a term that Jessen believes has been “abused.”

“I expect the initial misunderstandings we had in the past to be ironed out as we move forward. In my view, the word conditionality has been slightly abused,” Jessen said.

The EU envoy clarified that there are reasonable conditions that are not necessarily considered as a conditionality, such as the transparency of the implementation of the funds and the assurance of a corrupt-free use of the grant. So far, Jessen said that EU has already spent around 200 million euros in development aid here in the Philippines.

“Obviously, when we support Mindanao, we want the money to go to Mindanao. So you can say it’s condition. But that, in my view, is very normal. We don’t want that money to be spent (on) something else. It’s not conditionality but it’s how we agree to use this amount of development grants,” he said.

“If we, in any development cooperation program either in the Philippines or other parts of the world, detect serious corruption, of course, we have a certain right to stop that particular project. You can say that’s a condition,” he added.

He said he had met with Cayetano and Finance Secretary Carlos Dominguez III on Tuesday, describing the cabinet secretaries who once threatened to cut aid as “practical people.” /jpv