Lorenzana thanks partner countries for help in Marawi siege

“We’d like to thank the nations that helped us — China, United States, Australia, Malaysia, Indonesia, also Brunei and Singapore,” he told reporters on the sidelines of the regional security forum of the Association of Southeast Asian Nations (Asean).

Lorenzana’s statement came after he declared the termination of combat operations in Marawi City, exactly five months after the fighting between government troops and Islamic State-linked Maute Group erupted.

“We hope that this operational achievement in Marawi in the Philippines will be a catalyst that shall bring to the fore future cooperations and partnerships not only against terrorism but also those that shall defeat other regional and global security threats,” he said.

Asked by a reporter on the difference of the assistance given by China and US in the Marawi crisis, Lorenzana said China provided weapons while the latter helped on the technical side.

“China gave us firearms and ammunition and sniper rifles, while the United States provided technical intelligence,” he said. 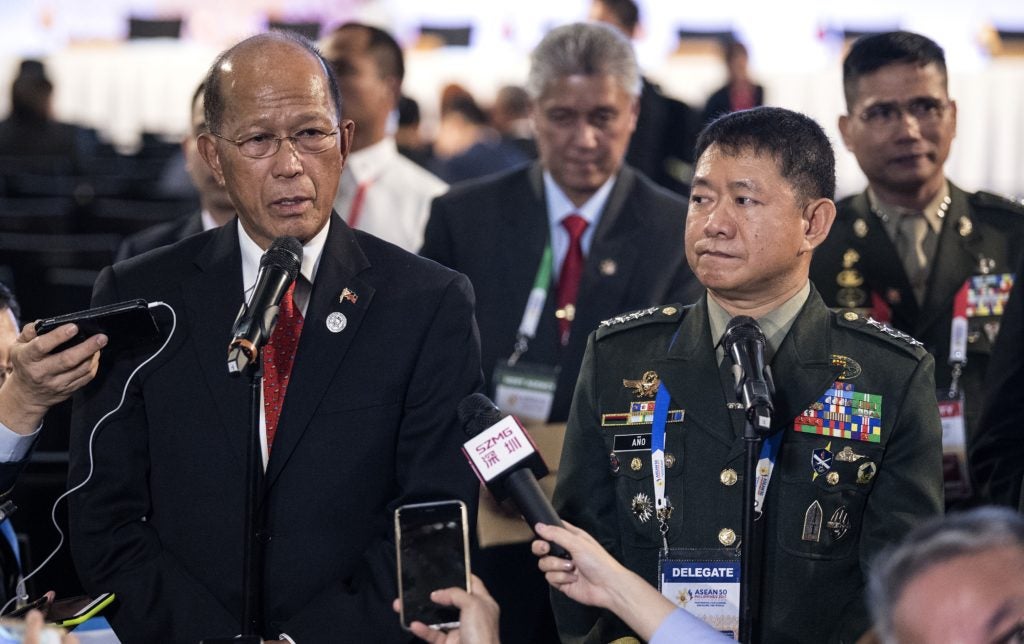 China earlier donated thousands of sniper and assault rifles to the Philippines for the Marawi siege. The bulk of the donation went to the Philippine National Police while the sniper rifles were given to the military.

The United States, a traditional ally of the Philippines, pledged its assistance through intelligence gathering during the early parts of the fighting. This aid came despite President Rodrigo Duterte’s hostility to US and decision to pursue warmer ties with China and Russia.

“Some of their (China) rifles were used against the terrorists so they are in the frontlines while the Americans provided us images of the enemy. They have very sophisticated intelligence gathering capability that they offered us,” Lorenzana said.

Duterte declared the liberation of Marawi on Tuesday last week, a day after the death of the top leaders of the ISIS-inspired Maute Group, Isnilon Hapilon and Omar Maute.

The terrorists laid siege to Marawi City on May 23, which later turned out to be the bloodiest and longest urban warfare in Philippine history. Official death toll on Sunday was at 1,131 (919 terrorists and 165 soldiers and policemen).