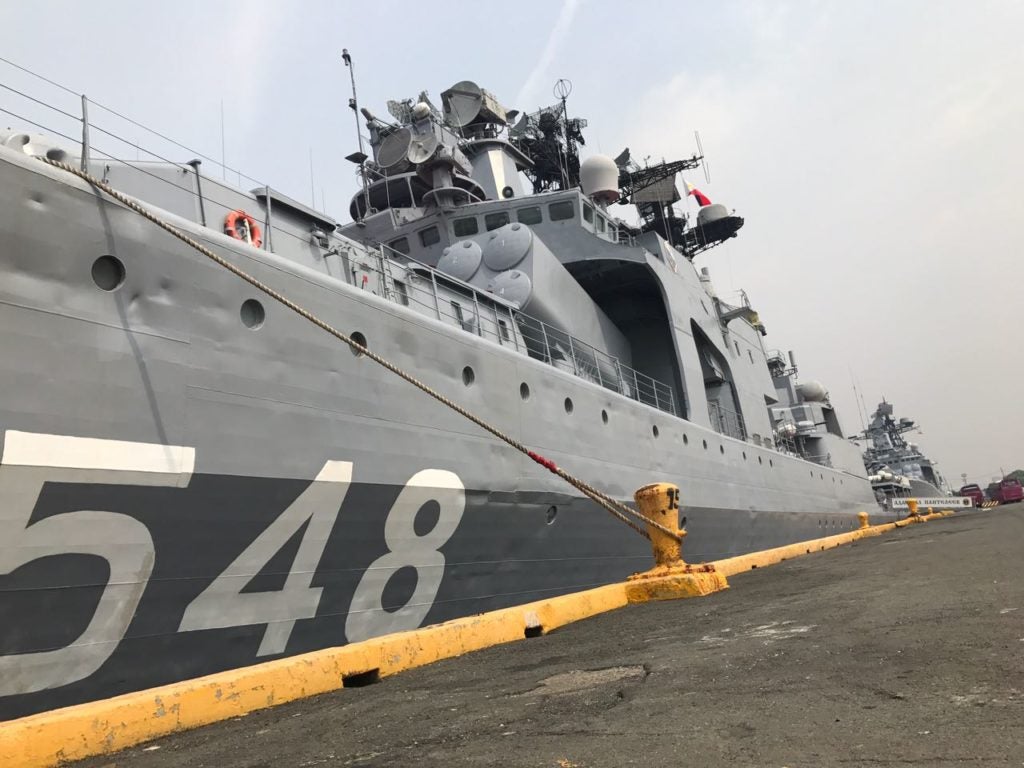 The fleet’s visit is in connection with the handover of special military equipment donated by Russia to the Philippines.

This is the third time that the Russian Navy visited the Philippines under the Duterte administration, amid strengthened ties between the two nations.

Deputy Commander of Flotilla of the Pacific Fleet Rear Admiral Eduard Mikhailov said the visit aims to enhance the naval cooperation between Russia and the Philippines. 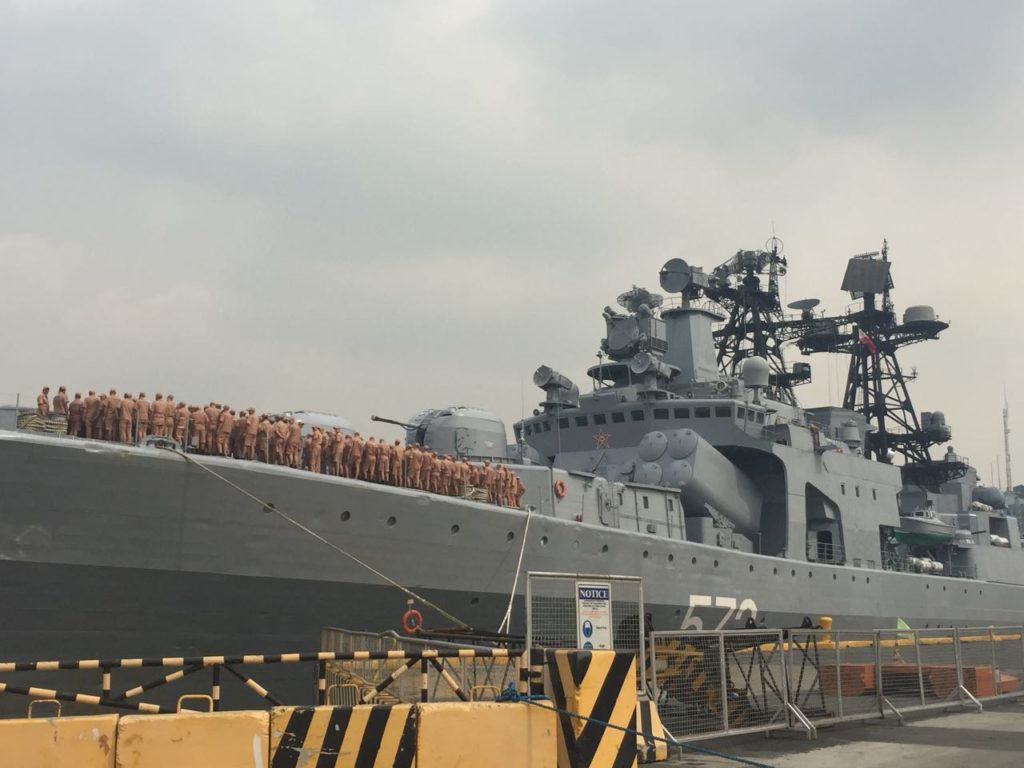 Admiral Vinogradov (572) – one of the three Russian Navy vessels – which docked at the Manila South Harbor on Friday for a six-day goodwill visit. This is the third time the Russian Navy made a port call in Manila under the Duterte administration. INQUIRER.net / Frances G. Mangosing