Naia no longer on list of world’s worst airports 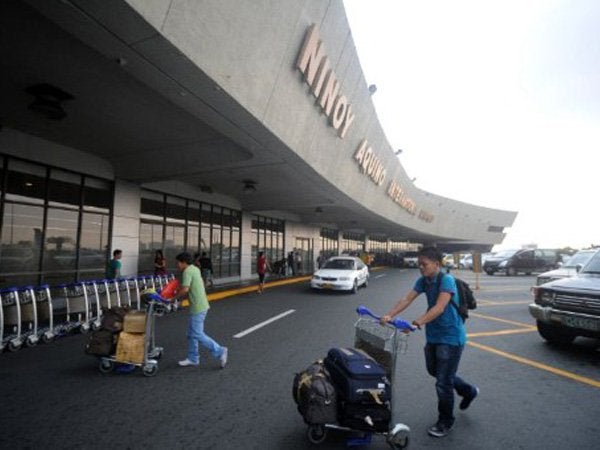 For the first time in six years, Ninoy Aquino International Airport (Naia) was not on the list of world’s worst airports, an online survey by the Sleeping in Airports travel website showed.

Last year, Naia landed fifth place among the world’s worst airports, with the survey conducted at the height of the “laglag-bala” or bullet-planting extortion scheme that victimized both foreign and domestic passengers.

Top of the worst

In its annual online survey, Sleeping in Airports asks travelers to rate airports around the world based on their overall experiences and the following factors: comfort (gate seating and availability of rest zones); services, facilities and things to do; food options; immigration/security; customer service; cleanliness; navigation and ease of transit; and sleepability.

As expected, officials of the Department of Transportation and the state-owned agency that operates Naia, the Manila International Airport Authority (Miaa), were elated by the survey results.

In a statement, Transportation Secretary Arthur Tugade said that the airport authorities must not be complacent as there were many things yet to be done and improved at Naia.

“Work, work, work only.  While it is good that we are not listed among the worst, let us work even harder to be included among the best. We should be careful that we do not backslide. The show must go on—and better,” he said.

For his part, Miaa general manager Ed Monreal said that the survey results were only as good as the last race.

“We are happy to hear the recent development. However, the bigger challenge now is on how we can maintain or even surpass this achievement. We are only good as the last race. The task ahead is enormous, we are wishing to be part of the list of best airports in the future,” Monreal said in a statement.

Tugade said that among the reforms implemented in Naia when the Duterte administration came in were the restriction on general aviation to prioritize commercial flights and reduce flight delays; and the imposition of the five-minute rule [where pilots who declared they were ready to take off must depart within the prescribed time or they would be put at the back of the queue] to reduce flight delays and instill discipline among airlines.

Also included in the said reforms were the construction of rapid exit taxiways to allow an aircraft to leave the runway at higher speed and increase flight movements; and provision of cleaner toilets, additional seats, free Wi-Fi, and well-wishers’ area.

Tugade added that since the new administration took over, there had been no single incidence of a passenger missing a flight for bullet possession. Passengers no longer feel the need to wrap bags and luggage in plastic or masking tapes.

According to the website, the airport surveys were started in 1994 by travel agent Donna McSherry. Two years later, she set up a webpage containing her airport sleeping tips and her three airport reviews (Dublin, Frankfurt and Geneva).

Eventually, other travelers started sending in their airport reviews. In recent years, the site launched hundreds of airport guides full of useful information such as lounges, Wi-Fi, lockers, showers and more.

“Since the time the site began, travel has changed. Sleeping in airports is no longer just for the young budget traveler looking to save a few bucks. People of all ages and incomes can now be seen stretched out on airport seats and floors all around the world. Whether they are there because of a long layover, flight delay or voluntarily to save money, the Guide to Sleeping in Airports has proven to be a useful (and often humorous) resource for millions of travelers,” the website said in its “About” section.