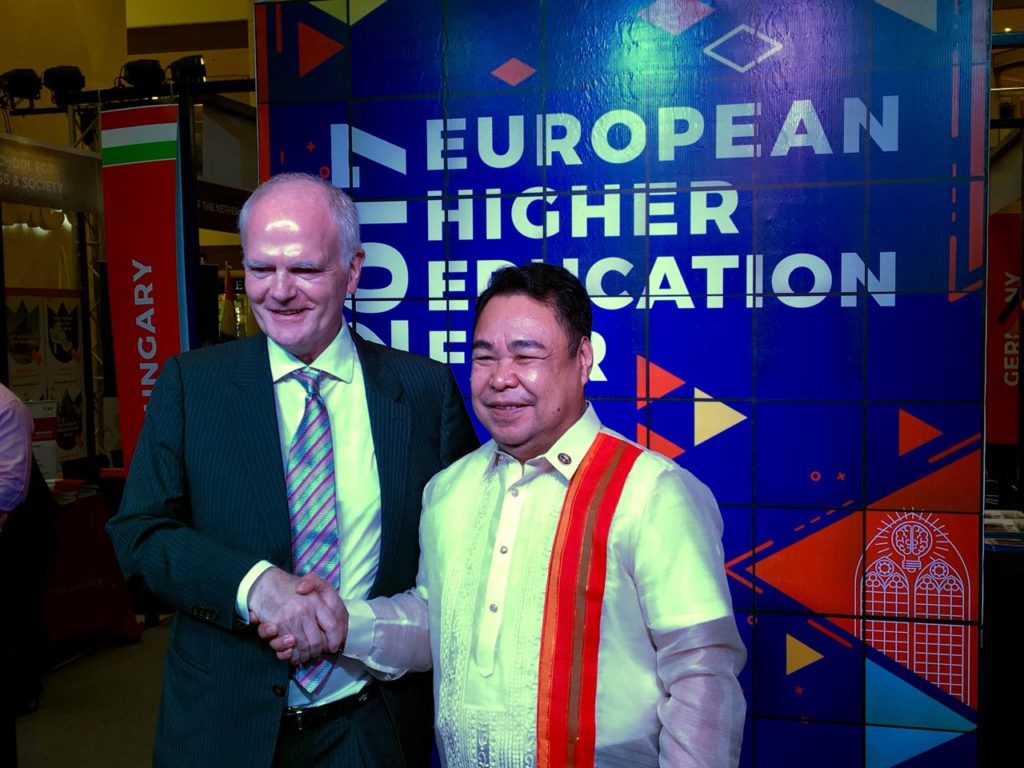 With President Rodrigo Duterte’s almost constant rants on the European Union (EU), now may be the best time for Filipinos to study in Europe to learn more about the regional bloc, its culture and its ideals.

By studying in their universities, Filipinos would have a much better appreciation and understanding of what Europe is all about and where it’s coming from, according to EU Ambassador Franz Jessen.

“Challenges are coming to us,” Jessen told reporters on Wednesday at the opening of the daylong European Higher Education Fair (EHEF) at the Shangri-La Plaza in Mandaluyong. “We try to address them one by one. Filipinos studying in Europe would see that and maybe understand better the European way of thinking.”

The fair provided Filipino students with information on how they could avail themselves of post-graduate scholarships in the bloc’s more than 20 top universities and colleges.

Through this annual initiative, Jessen said that Filipinos would be afforded a “different perspective,” which would prove “incredibly useful” especially for the youth.

Jessen stressed though that. while they encourage Filipinos to study in Europe, they prefer the students to return to the Philippines.

“You have a great need for well-educated, young Filipinos here,” he said “And the solution to issues in the Philippines is not to have people leaving the country and sending money back home. The solution is to develop your own economy as President Duterte and his government is trying to do.”

Because of its criticism of the administration’s brutal and bloody war on illegal drugs, the EU has been at the receiving end of Duterte’s profanity-laced tirades.

Just last week, Duterte threatened to expel the regional bloc’s ambassadors after a group of European parliamentarians warned of the Philippines’ expulsion from the United Nations.

The EU distanced itself, however, from the Progressive Alliance and the Party of European Socialists, saying it “had no involvement whatsoever in the visit of the seven-member delegation.”

In fact, he pointed out, EU is “growing the fastest” among the Philippines’ major trading partners. /atm