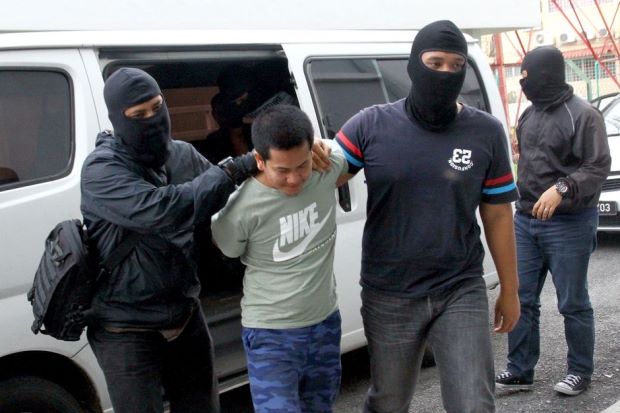 Photo from The Star Online

Kajang, MALAYSIA — The case of Hajar Abdul Mubin, who is charged with being a member of the Abu Sayyaf militant group, has been transferred to the High Court.

He was charged under Section 130KA of the Penal Code and faces life imprisonment and a fine.

Sessions Court Judge Surita Budin also transferred the case involving Abdul Syamir Dabilin, 25, who was charged with the intentional omission of information regarding a terrorist act, to the High Court.

Abdul Syamir is a Philippine national, while the three other accused are Malaysians.

All four were arrested on Aug 30.