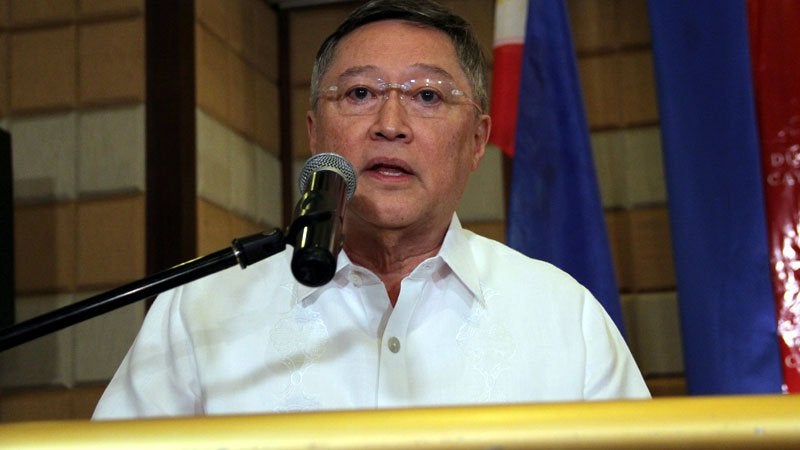 Acknowledging that the United States had been instrumental in economic and public governance reforms undertaken in the Philippines of late, the head of the Duterte administration’s economic team expressed optimism that such reforms would entice more American investors to do business here.

“We appreciate the support extended by the US government intending to help modernize our governance, improve policy formulation across the board and strengthen the rule of law in our country,” Finance Secretary Carlos G. Dominguez III said on Sunday in a speech during a forum organized by the Washington-based think tank Center for Strategic and International Studies (CSIS).

“The support likewise covers winning peace and progress for Mindanao, facilitating trade and modernizing our agriculture,” he added. “With the help of generous development assistance from the US, we have accomplished much.”

For Dominguez, the relations between Washington and Manila had been “tested by time and made more enduring by the shared values we hold.”

“Let me say that the partnership between the Philippines and the US can only grow stronger in the coming period,” he added.

According to a statement issued by the Department of Finance (DOF), Dominguez is hopeful that “improvements in our governance and a benevolent conjuncture of factors favoring stronger growth will encourage private investments from the US to take a much closer look at our economic prospects.”

As far as domestic policies are concerned, Dominguez told the CSIS forum that the proposed comprehensive tax reform program and the ambitious “Build, Build, Build” infrastructure tack were expected to move the economy further.

“We are optimistic and we are committed,” he said. “We are confident we have the correct strategy and moving in the right direction. We will continue to rely on your support in this grand effort to reduce poverty, build strong institutions and properly care for the most vulnerable among our people.”

“Dominguez cited the government’s continuing efforts to improve the ease of doing business by cutting red tape, curtailing corrupt practices and limiting its negative list for foreign investments, and training the country’s young and talented workforce to be more globally competitive, as among the factors that would sustain the Philippine economy’s high growth and haul in more long-term investments,” the DOF said. /atm