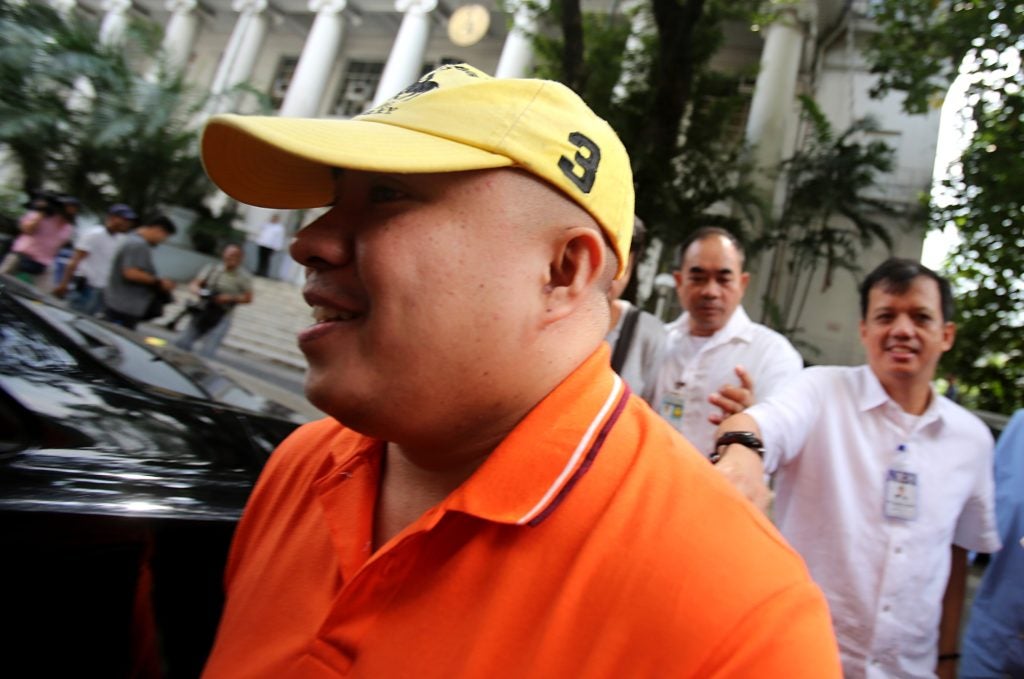 This photo taken on August 14, 2017 shows Russel Salic smiling after a hearing at the Department of Justice (DOJ) in Manila. A Filipino suspect in a thwarted jihadist plot targeting New York’s subway and Times Square will face legal proceedings seeking his extradition to the United States, the Philippine justice secretary said on October 8, 2017. Salic and two others have been charged with involvement in the plan to stage the attacks in the name of the Islamic State group during the Muslim holy month of Ramadan in 2016. / AFP PHOTO / STRINGER

Malacañang confirmed on Sunday its full cooperation with the United States government on the extradition proceedings of a Filipino doctor linked to a foiled terror plot in New York City.

“The Philippines shares information and extends full cooperation with partners on matters pertaining to terrorism, and in the case of Dr. [Russel] Salic will include initiating extradition proceedings being requested by the US,” presidential spokesperson Ernesto Abella said in a statement.

According to Abella, Salic is now under the custody of the National Bureau of Investigation (NBI).

“The preliminary investigation of the case against Mr. Salic will continue while extradition proceedings are being processed,” Abella said.

Salic, said to be the physician attending to the Maute terrorist group in Mindanao, is undergoing preliminary investigation before the Department of Justice (DOJ) over the kidnapping of six and murder of two sawmill workers in April.

“It only means that we have to begin the extradition proceedings being requested,” he said. “We have a process to be followed and this has been done many times in the past.”

The US is requesting the Philippines to hand over Salic, whom it accuses of funding and plotting terror attacks in New York. /atm

READ: Extradition process for US terror suspect gets Aguirre nod